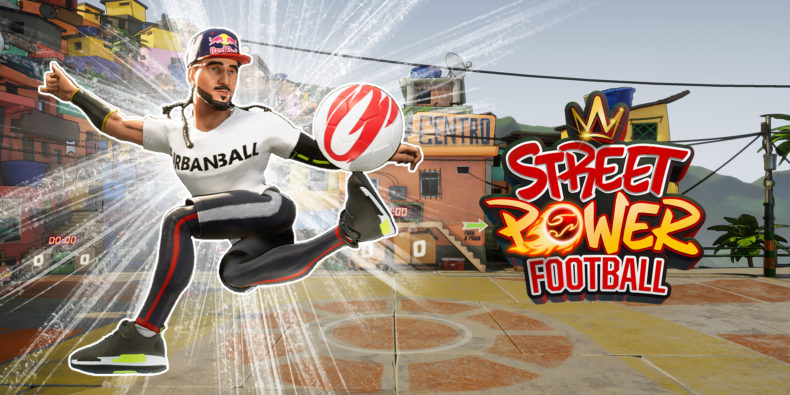 I was expecting a lot more from Street Power Football after previewing it, but after spending time with it, I’m kind of bummed out. On the surface it’s taking a focus on the skills and tricks associated with street football and giving the player various modes to experience it, but once you dive in there’s not a lot of substance. The “Become the King” mode promised to give me a story to sink their teeth into, but it’s little more than a tutorial throughout the various modes, albeit with some weird green screen work featuring street legend Sean Garnier and the odd extra challenge.

Whilst Street Power Football doesn’t want to be seen in the same vein as FIFA or PES, it includes a mode called Street Power that sees you compete in a match, however, it’s more NBA Jam than anything else. You can play in 1v1, 2v2, or 3v3 matches where you must score five goals to win, as well as using various power-ups that spawn throughout the match. Due to the awkward controls and stiffness of your player’s movement, these matches can be a pain in the arse. Regardless of the difficulty level you’re playing at, there’s no way to hone in on your opponent and tackle efficiently, often leading to the opposition running right past you. 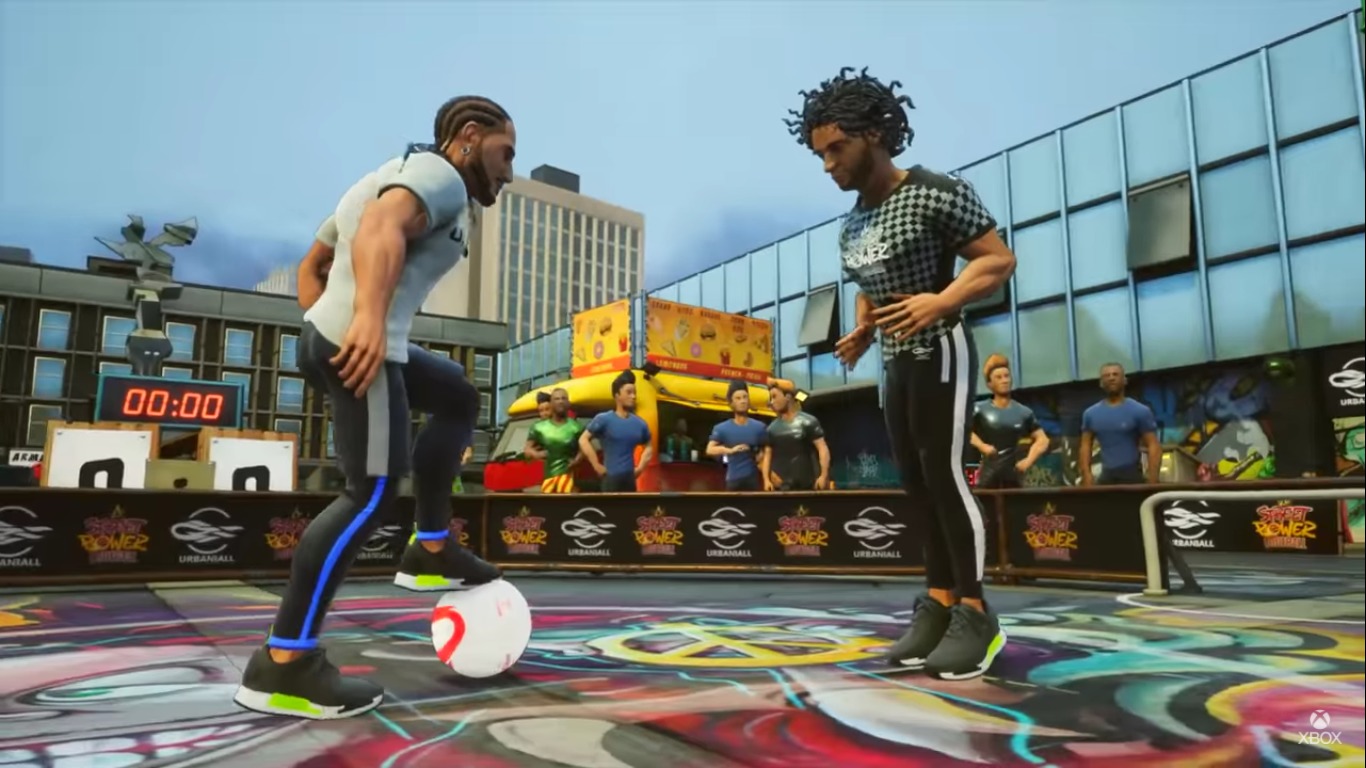 Passing doesn’t flow at all, with your player unable to pass and move like the Liverpool groove. So many times I tried a ground pass and it ran slowly across the floor or into the feet of my opponent. High passes are more successful, but even then the positioning of your teammates isn’t always ideal. Shooting is the final thing you need to master, but it never feels impactful, much like the passing. Players are clunky and movement isn’t as tight as it should be, leading to many conceded goals that could’ve been avoided.

Being a skilled street footballer, you have the ability to use different skills to confuse the opposition, and whilst this can be key to breaking away from a defender, it can also send you directly into their path. Pressing the same button whilst trying to take the ball off them can also lead to errors in possession, because if you aren’t facing in the exact direction of the player you’re trying to steal the ball from, they’re likely to find a way right past you. I don’t mean to be down on the controls in matches, but if EA Sports has taught us anything, it’s that control of the ball and the flow of the game are vital ingredients in the perfect footie game. Each football player (actual street stars like Liv Cooke) have a special move, but I rarely got to use them because it takes a while to build your special meter.

Of course, Street Power Football isn’t solely about shirts vs skins. There’re other modes that add a nice break from the frustrations of Street Power mode. Panna is a battle of whits where two players battle in a one-on-one match inside a cage (think football MMA). There’re two sets of goalposts, and for each goal you score, you get a point. One of the most embarrassing moves you can perform is a nutmeg (or panna), and if you manage to do so, you’ll get two points. Once you get the chance to do so, a series of button prompts appear, and if you hit each one but your opponent doesn’t, you’ll get the panna. You may be the victim of a panna, and by being successful in the button prompt section, you’ll defend yourself from the ultimate humiliation. It’s probably the most fun mode in Street Power Football, but the same gameplay issues present themselves again. 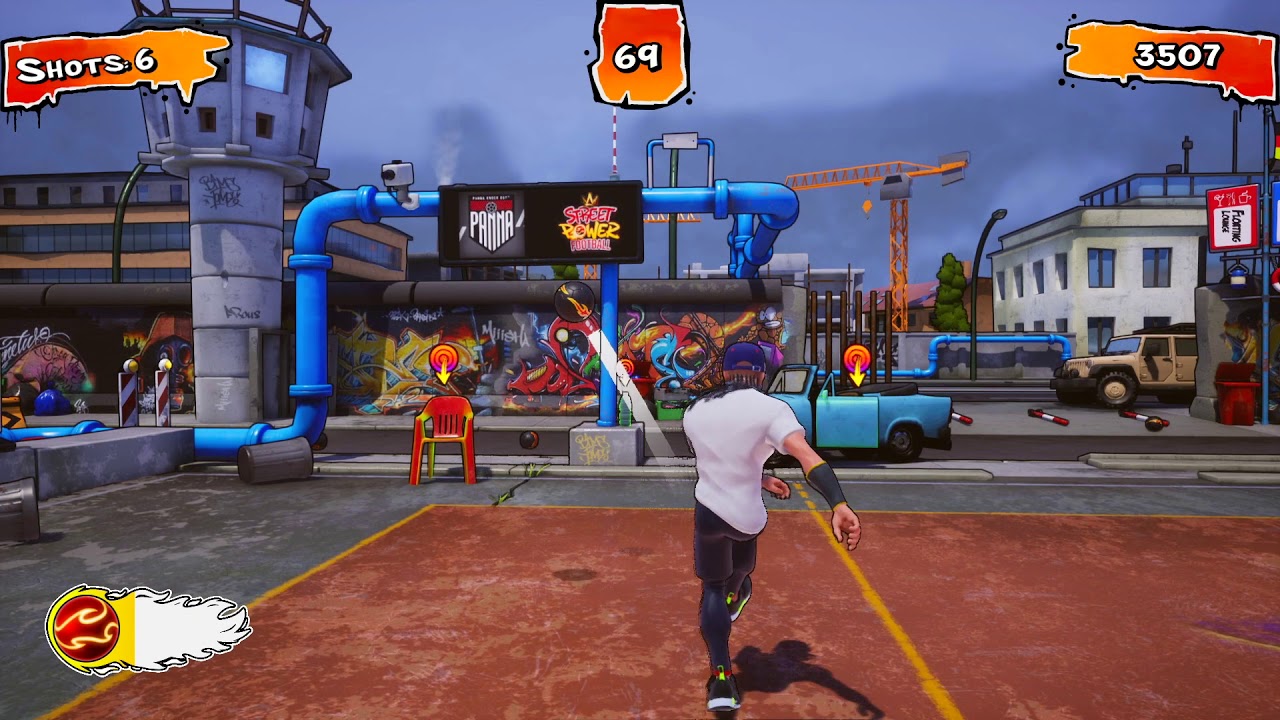 Freestyle Mode sees you show off your moves whilst listening to a music track. These songs represent the difficulty, and if you want you can pick anything from Easy to Hard. It acts like familiar rhythm games such as Guitar Hero, but instead of solely pressing a single button, you can press combinations to achieve a higher score. It’s tricky to get the hang of, but once you’re in a comfortable rhythm it’s rather satisfying to rack up a nice score. The final Mode is perhaps my favourite, but it’s by no means the easiest to get to grips with.

In Trickshot, you’ll have to knock various objects off walls, use the environment to land the ball in buckets or cement mixers, and find ways to use a limited number of shots to clear the various stages. The fewer or smartest shots will give you a better score, and it provides a smarter way to play street football. Before each attempt, you can change the angle and power of a shot, as well as curving the ball to hit your target. Using the two trigger buttons allows you to look around the course, but sometimes the camera sits right behind your player and blocks your view. 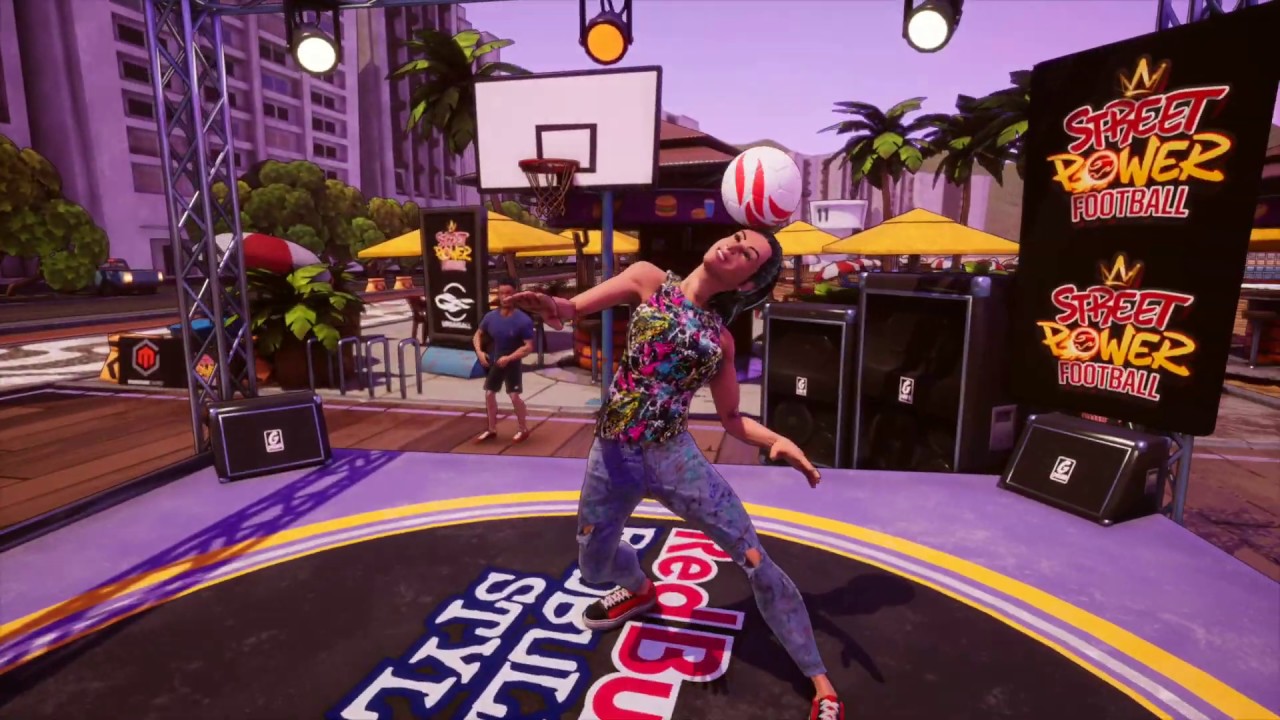 The one biggest absence in the entirety of Street Power Football is the lack of a tournament in single player. None of the modes offer a competition, and even though there are daily challenges to earn in-game currency (which you use to customise your player with clothes and tattoos), there’s nothing more than single matches or single attempts in Trickshot or Freestyle. You can play all the modes online, but other than bragging rights there’s no real motivation to keep playing. Unfortunately, I couldn’t get online to try the mode out as there are so few people playing at the moment. If the controls were better, I’d be more inclined to persevere, but I’m just not into the majority of modes.

Street Power Football has a variety of modes and courses in which to play them, but with no real tournaments and unsatisfying gameplay, it’s hard to find any enjoyment in it. I can appreciate what it’s trying to do, but I found it hard to truly enjoy the majority of ideas on offer. Challenges offer you a chance to earn some fancy new threads and a neat selection of tattoos, but beyond that it’s quite a shallow experience. Whilst not getting online isn’t reflected as a negative in this review, I hope more people play as I’d like to try out Elimination mode against other people. These games take place on one half of the court where you are eliminated if you opponent scores. I really want to love Street Power Football, but unfortunately I can’t recommend it.

Panna and Trickshot are quite fun

Street Power Football has a variety of modes and courses in which to play them, but with no real tournaments and unsatisfying gameplay, it's hard to find any enjoyment in it.