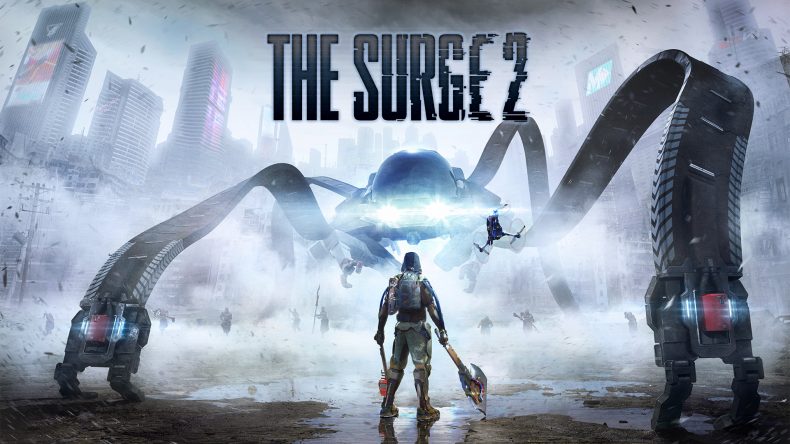 The Soulslike genre has grown immeasurably over the last five or six years. Good thing too, otherwise we wouldn’t have the likes of Bloodborne or Salt & Sanctuary, among other incredible games. We wouldn’t have 2017’s The Surge either, which was a flawed but nevertheless interesting take on the formula. In a genre full of fantasy games, it was nice to see somebody going in a different direction, and Deck13 certainly did that as it leaned heavily into science fiction, with robots, nanotechnology and all that jazz. For the most part, The Surge was a success. Sure, its combat had issues and its storytelling wasn’t exactly brilliant, but that’s where The Surge 2 aims to put things right. And for the most part, it’s a success.

The story begins aboard an aircraft, just as it goes down over Jericho City. There is believed to be only one survivor, but another awakens in a prison on the outskirts of the city, a short while after the crash. Yes, a prison. Yes, that’s you in there. When I initially played the start of the game while previewing it, I found myself worrying at the sight of more dark interiors, but that soon gives way to the bright daylight of Jericho City when you’ve fought your way to freedom. Although freedom isn’t exactly the best way to describe it. Things haven’t gone well during your short stay in prison. Worse for you, because you have no memory of anything before waking up in the middle of a prison riot. It gets no better when you exit the prison, to the sight of a city that has collapsed in on itself. There are mad inmates clad in stolen rigs (the robotic armour introduced in the first game), police and military trying to quarantine the area through force, and some form of nanite monster leaving nothing but death and destruction in its wake. Story is just one of the things that has improved in this sequel. The first game’s tale was mostly told through audio logs scattered throughout the CREO facility, and although those logs are still a big part of unveiling the bigger picture, The Surge 2 also has you following a more tangible story. As you venture through the prison and Jericho City, the scenes of destruction are often home to nanite residue, stepping into which results in visions. These visions show a young girl, hounded by the security forces and military, and they are the only lead you have to finding out the truth of who you are.

There are also more side stories in The Surge 2, with entire hub areas filled with NPCs. The first game followed the Dark Souls template a little too closely, with NPCs being a rare sight and often disappearing and reappearing seemingly at random, so this change is extremely welcome. Of course, this is partly down to the setting, with pockets of civilisation (or a close approximation) gathering in certain parts of the city. Some cower in fear, some make money off the absence of leadership in the wake of disaster, while some go out and hunt monstrosities like the one you’re chasing. Jericho City feels like a living, breathing place and that’s often difficult to maintain in a game like this. It feels like Deck13 is committed to building a world here, and it’s one I’d like to explore. Not in real life, obviously, I don’t want to be murdered by robots and lunatics. Of course, exploration in The Surge 2 is not something you can do easily. There are dangers stalking every street, alleyway, rooftop and byway in between. It hasn’t been long since everything went to hell, so there are still plenty of people left in the city. Most of them have gone mad, and the ones that haven’t are either hiding out or they’re sweeping the city, killing everything in a bid to quarantine the area. Actually, they’re probably a bit mad too. The point is, you’ll have to do a lot of fighting while navigating the city streets, and things will get bloody. Very bloody. Combat is still very Soulslike, from the difficulty to the stamina management, but it also has The Surge’s added ability to target specific body parts of your enemies. This may sound potentially sadistic, but it serves a purpose as it’s actually the way to secure new weapons and armour. Target an arm holding a weapon and you can cut it off in a gruesome finisher, freeing the weapon from the enemy’s hand and allowing you to wield it yourself. Armour is slightly different. You still target the relevant body part and cut it off, but the armour is ruined in the process, instead leaving behind schematics that can be used to craft the armour for yourself. Cut off more of the same thing and you will earn parts to build upgrades, making you stronger and deadlier. In The Surge 2, this extends to the bosses too. Taking them out in specific ways may reward you with unique, powerful weapons, but it will likely mean the fight itself is more difficult. It’s not as simple as cutting off a tail, that’s for sure.

Now, I have to address something: the combat still suffers from some of the same issues that plagued the first game. Regular enemies can still hit you directly through your attack animations, ignoring the fact that you just staggered them. Your attacks are often over animated, all style and not enough substance, leaving you open to a thorough stabbing while you’re so busy spinning your staff around like an idiot that’s watched too many martial arts movies. That said, once you learn the animations for each weapon type, you can work around these issues. For the most part, at least. In fact, once you find a weapon that suits your play style (or styles, as you can set several as favourites and swap between them freely) it’s entirely possible you’ll love getting into a good fight. I certainly did. Every fight is intense, fraught with danger but always exciting, even when you find yourself on the business end of one of those aforementioned thorough stabbings. Some of the best fights were, like most games in the genre, the bosses. I did find myself swearing at many of them, but I still went back again and again, determined to be the victor. They came mostly in two forms: humanoid sub-bosses and the more monstrous, unique full-blown boss battles. The former were usually tough, one or two maybe a little unbalanced with some extreme difficulty spikes, but the latter were the multi-stage wars that any Souls fan will know all too well, and perhaps even relish. There wasn’t one that didn’t take me several attempts to defeat, with some taking upwards of an hour of retries to finally best. As with any good Soulslike however, even when you’re cursing the developer’s name, you go back because deep down, you enjoy the challenge. You enjoy learning something new with each defeat, finding a weakness to exploit, or even working out the best way to get to the actual boss arena.

Finding your way can be tricky in The Surge 2 – and not just getting to the bosses. Jericho City is a maze of alleys and rooftop paths, filled with sneaky shortcuts that can be opened further in, and the maps dotted around the streets are next to useless. This can be especially irritating when a character asks you to meet them somewhere specific and you honestly have no idea where they mean, let alone how to get there. Or worse, as I discovered through accidentally skipping a line of dialogue, you might find yourself without the ability to remind yourself of where you’re supposed to travel to progress. It’s a strange oversight, given that most of the game’s conversations are recorded within the voice logs section of your menu.

It may be flawed, it may still make a few of the mistakes of its predecessor, it may even make you curse and rage, but you will still find yourself wanting to return for another go at The Surge 2. Its world and story are intriguing, its weapons and combat are satisfying despite their issues, but most of all, it’s an impressive Soulslike that does enough to stand out in an increasingly crowded genre.

It may make some of the same mistakes as the first game, but The Surge 2 still manages to improve upon it in every way, to create a brutal but rewarding sequel