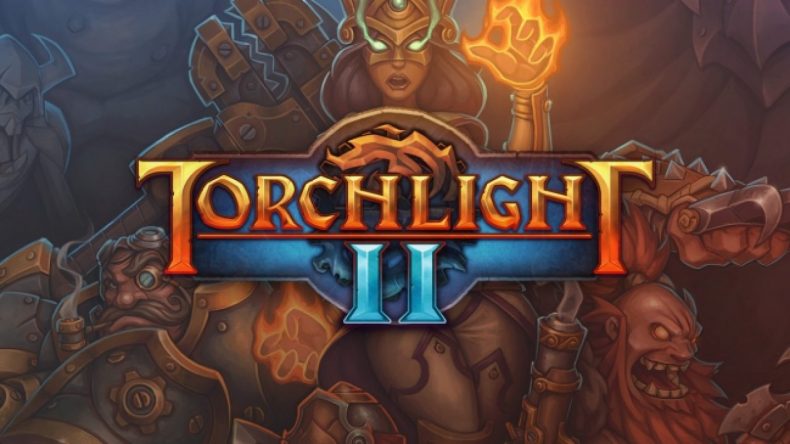 The term “clone”, when applied to a game like Torchlight 2, is often done so in a bit of a derogatory way. It’s not exactly a dirty word, but it carries certain connotations that suggest not only a copy of an existing product but an inferior one – perhaps never more so than when discussing the clones of Blizzard’s seminal dungeon crawler, Diablo.

With a list too long and colourful to cite here, I’ll just say that, by and large, a lot of Diablo clones have been very good. Some have, arguably, been as good – but very few have been better. One of the worthier attempts of the last decade is Runic Games’ Torchlight, a colourful, almost cheery action RPG that didn’t so much wear its influences proudly as it did follow Diablo down a dark alley, chloroform it, skin it and wear its flesh as a suit. Which is to say it’s very, very similar.

Small town in danger from the horrors lurking in the procedurally generated dungeons below, a trio of plucky adventurers ready to chug potions, spam special skills and install magical gems in their pants to defend it… It’s all par for the course. Only, Torchlight was very, very good. So good it was ported to Xbox 360 towards the end of the console’s run (and can still be played via backwards compatibility, so have a peak). Torchlight II, unsurprisingly, builds on everything that made the first game great and, while it’s not quite as deep or as pretty as Diablo III, could more than hold its own in a fight.

Given that we’ve already had Diablo III and Titan Quest ported to console, Torchlight 2 doesn’t seem like that tall an order, and Panic Button have done sterling work with other ports in the past, so it’s not surprising that it runs so smoothly. I played on Switch and am happy to report that it feels utterly at home on Ninty’s hybrid console.

It all begins when the three heroes of Torchlight are dragged into a new conflict in the Estherian Steppes, their trio sundered by an evil entity known as Ordrak, and four new adventurers enter the fray. The Engineer fills in for the tank class, the Outlander follows Diablo 3’s Demon Hunter archetype, the Embermage slings elemental spells around the place and the Berserker is a high dps melee fighter. You can pick any of the four, and choose a gender while also adjusting hair styles and colours. From there you’re dropped into the world of Torchlight II and told to pretty much get on with it. The story is split into three large Acts with the usual mix of forests, deserts and alien hellscapes, but the enemy design and loot economy are excellent. As in other games of the type enemies can spawn elite versions and minibosses, while each Act is split into sections that culminate in boss fights that shower you with rewards.

Loot comes thick and fast, colour-coded for ease of use, in the form of armour, weapons and Ember – the magical minerals you can socket into your gear to provide buffs and defences. Each class has three seperate skill trees that you can specialise in or generalise between, allowing you to build a diverse hero that suits your personal proclivities. For example the Outlander can focus on high dps with his or her shotgonnes, handcannons and bows, or specialise in damage-over-time skills and crowd control abilities like Tangled Shot. It’s nothing groundbreaking, but there’s comfort in familiarity.

The two main differences between Torchlight II and Diablo III aside the contrasting aesthetics are Pets and Fishing. When you create a character you also create a pet, and there are many beasts to choose from including wolves, owls, unicorns and ferrets. Not only will your pet fight alongside you, it can also learn spells to cast during battle, and can be loaded up with excess loot and sent back to town to trade it in without you needing to portal back. You can also fish at Fishing Holes, and feed the caught morsels to your pet to temporarily change its appearance and abilities.

Torchlight II’s particular brand of dungeon crawling lacks an endless Adventure mode, but still remains highly repayable due to it’s charm and simplicity. Procedural dungeons help a lot, obviously, but so do armour sets and the high diversity between classes. And if you need a change of pace, multiplayer allows you to tackle tougher challenges alongside other adventurers.

There are, however, a few issues with the console port (at least on Switch), many of which will likely be patched out pretty quickly. For one, Waypoint portals have a a habit of depositing you at a dungeon’s entrance instead of at another portal, the A-button, used to interact with the environment and to launch a map-able attack sometimes becomes confused in town, and I was forced to restart and lose several hours’ progress when I got stuck in a phase portal event that wouldn’t allow me to continue or leave in any way. But these feel like teething problems in the port itself and will more than likely be fixed around launch. The game itself runs buttery smooth and looks gorgeous on the Switch’s screen. Played docked it runs just as smoothly, but looks a little less polished on a bigger screen.

Ultimately though, this is a highly accomplished port of a great game. The Switch version feels right at home on the handheld, and the compulsion to rid the map of fog or find complete that rare gear set is as powerful as in any game of its type. Torchlight II is a superb addition to your gaming catalogue and an absolute blast alone or with friends.

Some bugs
Needs an endless mode

Torchlight II is a superb addition to your library and an absolute blast alone or with friends.