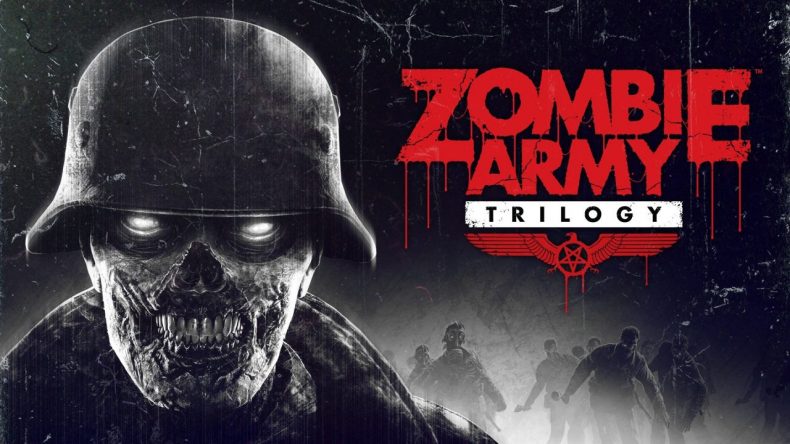 Switch Re:port covers the Nintendo Switch port/version of a game newly released on the platform. Zombie Army Trilogy was originally released on PS4 and Xbox One in March 2015 and scored 7/10.

After owning a Switch for nearly two and half years now, I don’t know why I’m still surprised at some of the ports that make their way to Nintendo’s console. I know I shouldn’t be surprised: A system so small that runs a game like The Witcher 3 with very few technical downgrades is, quite frankly, sorcery, and yet here I am, surprised to be playing Zombie Army Trilogy in handheld mode while curled up on my sofa. That’s not to say that handheld mode is the best way to play this Switch port, but it still is something that I find fascinating. Running around what are essentially a sequence of horde mode arenas, shooting zombies in the head, scoring slow-motion X-ray kills on your own, or with up to three pals, all whilst playing on a portable console is wild.

I will say though, that while the portable nature of the Switch is one the main reasons I love the console so much, I find myself not making use of that feature so frequently with Zombie Army Trilogy. You see, the problem I have is that I find the Switch controller’s toggle sticks a little too flighty. Lining up shots in handheld just doesn’t feel as accurate as I would like it to be. And, due to the smaller screen, I find that making smaller movements becomes really difficult. In earlier levels it isn’t as noticeable, but as you progress through the various episodes and chapters that make up the trilogy the frenetic nature of the horde survival inevitably exposes just how uncomfortable shooting stuff in handheld makes me feel. Things are improved in docked mode however, and many of the niggles I have with the control scheme fade away and I can settle into a rhythm. And it is the rhythm of Zombie Army that is its strongest feature. The clunk and ching of World War 2 era weapons feel good, topped off with the bonus slow-motion shots of bullets whirring to meet their destination. Visually, the aged graphics do hold up much better in handheld mode; the colour gradients and grindhouse look have a sharper edge to them on the smaller screen, and much of the fogging that occurs over longer distances is lost a little. The X-ray shots aren’t quite as detailed or gory as I remember them, but they look great whichever mode you choose to play in. In terms of performance, the Trilogy plays well in both docked and handheld modes. Cutscenes flow smoothly, and across the campaign and I only experienced a couple of instances where the frame rate stuttered very briefly.

It feels strange to be playing this trilogy so soon after playing Zombie Army 4, and it’s tough not to make comparisons as to just how much improved the fourth instalment has made on these original games. Whereas in Dead Army the campaign skips along with relative speed, and mixes things up quite a bit, the Trilogy levels feel quite linear and samey. I’ve recently been playing through the first DLC for Zombie Army 4, Terror Labs, set in a strange laboratory to find out why there is a constant dead army. While the story is largely lost in the sounds of the un-dead and the quest for the next dopamine hit of combos and high scores, it highlighted to me how little the overall formula has changed since the first game.

Alongside the story mission and free Horde map, Undead Wood, there’s more stuff in the form of skins for your weapons, and some new characters to play with, which of course you won’t find in the older Trilogy. The first three games were more linear, with less to unlock and find, and no character choice. The missions are more straightforward, too. Some of them also feel a little too long. It’s hard to forget that Zombie Army Trilogy was originally released back in 2015, and the first game in it, Nazi Zombie Army, came out out even earlier, in 2013 – pretty much a lifetime ago in video game terms – and as such this port feels a little less essential than some others that have made it on to the Switch. Still, it is a good port of an ultimately decent game, and if the draw of being able to fire slow motion shots into zombie brains on the go appeals then it is worth picking up.

Zombie Army Trilogy feels a little less essential than other ports to the Switch, however it is technically a good port of a decent game. Firing slow-motion x-ray shots consistently is always a thrill.