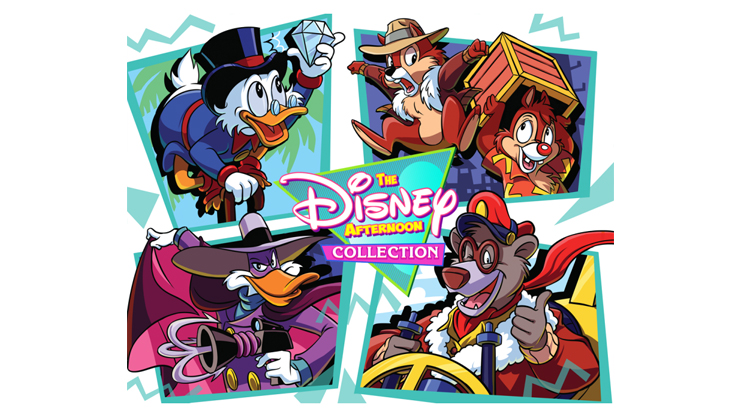 The Disney Afternoon Collection will include six games beautifully restored in 1080p. There will also be new modes for said games in this digital collection. Here’s the full list:

Chip ‘n Dale Rescue Rangers – This classic lets players team up with a friend in co-op play as they assume the roles of the mischievous Chip and Dale as they take on memorable villain Fat Cat and attempt to solve the mystery of a missing kitten.

Chip ‘n Dale Rescue Rangers 2 – Fat Cat has escaped and his plans are even more dastardly this time. The titular heroes and supporting cast Monterey Jack, Gadget, and Zipper must stop Fat Cat from his evil dream of world domination!

Darkwing Duck – Play as the original caped crusader and fight a city full of criminals from the infamous F.O.W.L. organization in this action-packed platforming epic.

DuckTales – In this iconic platforming adventure, players help Scrooge McDuck fill his feathery pockets with vast riches from across the world.

DuckTales 2 – The sequel to the original game comes jam-packed with more action and an even bigger caper set in new locations like the Bermuda Triangle and Niagara Falls!

TaleSpin – Take to the skies as Baloo the bear navigates his plane through exotic and dangerous locations in this side-scrolling shoot-em-up.

The collection will be available as a digital download for £15.99. I was hoping this would be physical as well and also have a Nintendo Switch release. These would be great in portable mode but Capcom doesn’t seem to think so. The Disney Afternoon Collection will release on April 18 for PlayStation 4, Xbox One, and Windows.