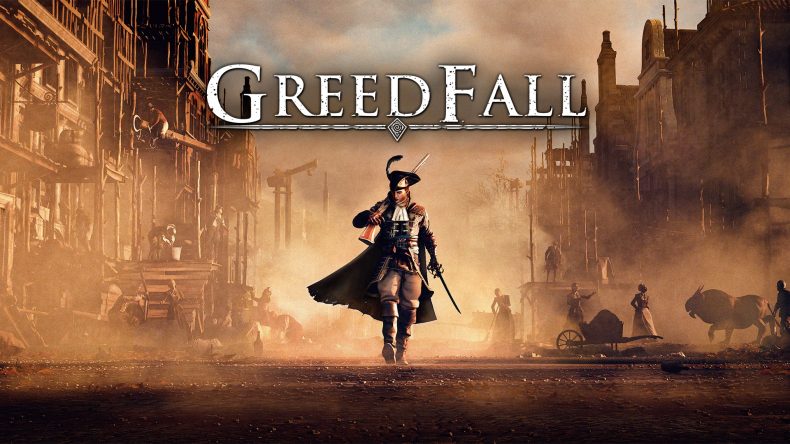 Greedfall is a brand new action RPG from French developer Spiders. Set mostly on the island of Teer Fradee, it features exploration, adventure, excitement and more than its share of good old fashioned derring-do. It’s Spiders’ biggest and most complex game to date, and it’s easy to lose your footing as you navigate the mist-shrouded forests and towns. Here are eight handy Greedfall tips to help you get your bearings in the wild.

1: TALK TO YOUR COMPANIONS

The first of our Greedfall tips should be pretty obvious. As with games like Dragon Age and other Spiders titles such as The Technomancer, Greedfall has a party system that you must manage to a certain extent. It may sometimes seem like every time you take a travel pause one of your companions has a bone to pick, but it’s absolutely worth talking to them.

Not only do they have insights into the game world that come in handy, but they also have side-quests that, if completed, will strengthen their relationship with you and their effectiveness as party members. Conversely, ignoring their requests for help can have dire consequences should they choose to leave or, worse, turn on you. Combat in Greedfall is dynamic and fast-paced. You’ll often be heavily outnumbered or frighteningly outmatched by a larger, more dangerous foe. This is where the tactical pause becomes highly advantageous.

If an ally goes down and you need to use resuscitation powder, or you become flustered in a tough fight and forget which of the twelve button combos you bound your Armour Ointment to, hitting the left bumper could save your skin and allow you some much-needed thinking time to assess the battlefield.

This sounds obvious, but I’m not just talking about dead bodies and crates with glowing dust sparkling out of the top. Greedfall’s crafting system is pretty robust. There are lots and lot of potions, traps, bombs and ointments you can craft to help even the odds in a fight, not to mention the upgrades you can apply to your equipment.

When you’re out in the world keep your eyes peeled for loot nodes, like pine resin and various plants. Piles of rocks contain crude ore, while coloured veins in mine areas will yield Iron and other materials. 4: GET SCIENCE AND CRAFTING ASAP

It takes a while to level up in Greedfall, and you only unlock points for de Sardet’s three stat screens at set intervals. You’ll rarely be able to upgrade Skills alongside Abilities, for example.

While Lockpicking and Agility are handy skills to have for the nimble of foot and finger, Science and Crafting are almost utterly essential. Being able to craft your own ammo and potions is so much more convenient, especially as you don’t earn an awful lot of money in the early game. Crafting will allow you to upgrade your gear and improve your damage and defence, while Science unlocks explosives to breach walls, as well as bombs and potion-crafting. It can be painful at first to ignore things like Lockpicking, but Science and Crafting are more important.

5: POTIONS ARE YOUR FRIEND

Speaking of which, don’t forget you have these as a potion easily tips the balance in your favour throughout Greedfall. You can assign any action or item to your pause menu, and potions like Armour Ointment and Fury could be the difference between life and death in a boss fight. Likewise, resuscitation powder is literally a lifesaver. Unlike Witcher 3, there are no penalties for mixing and matching potions. 6: YOUR ACTIONS HAVE CONSEQUENCES

It’s nothing new in RPGs these days to have your actions come back to haunt you, and Greedfall follows the trend. It may seem like a decision carries little weight in the moment, but a bad choice can have far-reaching consequences. Greedfall does a good job of layering your choices, leading you into lie after lie, and only a few have binary, good or evil options.

Be aware that every choice, every lie or truth, could potentially have ramifications down the line. Falling out of favour with one faction while cosying up to another might seem like a good idea at the time, but your fortunes and allies can change on a die. Keep in mind who you’re upsetting and how much it’s worth. You never know when you’ll need something from a faction you’ve previously upset.

One of the key tips for Greedfall concern exploration. Like Dragon Age: Inquisition, Greedfall’s world is semi-open, presenting you with fenced off areas to explore between missions and city hubs. It can make the world difficult to properly keep ordered in your head, but at least you can explore these areas fully and know you’re done when you’ve found all the hidden secrets.

You’ll come across treasure chests, bosses, side quests, rare enemies and fast travel campfires all over the place, and Contract boards offer missions like in The Witcher 3 that allow you to hunt monsters and bandits or recover stolen goods, etc. These missions aren’t marked on your map, either, so you’ll need to poke around to find the target area. 8: USE THE TRAVEL PAUSE
When you fast travel from place to place on the map (not within the same area) you’ll take a “travel pause” while the destination area loads. During this time all your companions will be gathered at the camp, there’ll be a crafting table and, importantly, a merchant. This fella will restock every time you visit and sells potions, ammo, gear and capes.

It’s worth getting into the habit of speaking to him every time and stocking up. Ammo doesn’t cost much but every little helps, and he even sells some ingredients so you can craft your own gear. It’s easy to just skip straight out of the pause, but it’s actually a great place to talk to your companions and load up on essentials.

Senior Content Editor Mick has been playing games for over 30 years and writing about them for around 12. After drifting from site to site for a while, settling briefly at the now-defunct Made2Game and freelancing for the gone-but-not-forgotten NintendoGamer Magazine, he came at last to rest at Godisageek. Mick has been a reviewer, staff writer and content editor here for some time, while also moonlighting a little for Red Bull Games. He has 4 kids, has written 2 novels, and sometimes even manages to pay a bill or two. You'll usually find him defending the galaxy in Destiny 2, battling evil in Diablo 3, or lurking in the background on Twitter. Find him there @Jedi_Beats_Tank, or on XBL (JediWaster247), PSN (Jedi_Waster) or Nintendo (JediWaster).
MORE LIKE THIS
Focus Home InteractiveGreedfallGuidesHints