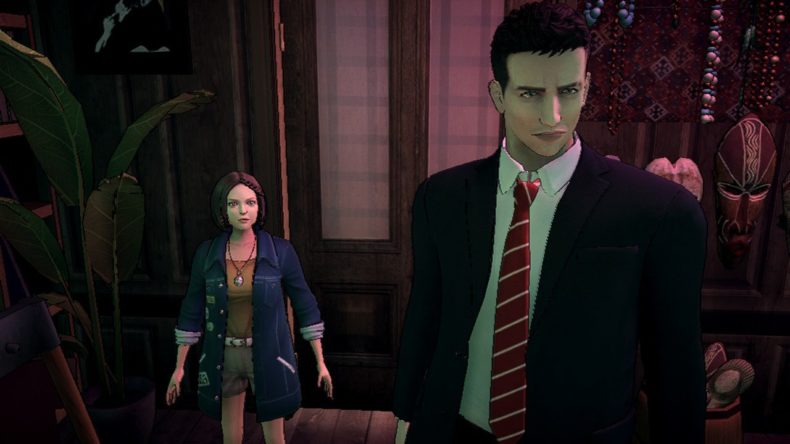 I can only assume that almost every GOTY list this year will open talking about how intensely awful 2020 has been. 2020 has been a year where people have needed video games more than ever before. Shut away from family and friends, virtual adventures in colourful worlds have helped millions of people cope with life’s uncertainty and stress.

On a personal level, video games have helped me through some tough times in the last 12 months, providing the joyful distraction that only this medium can. My first full year at God is a Geek has been more fulfilling than I ever could have imagined. I got to review my two most anticipated titles of 2020 (both of which may be featured on the list below), play a Zelda game before it released, and become a part of a site that feels like a family. I’m truly grateful for gaming, as well as the team and readers here at God is a Geek during this tumultuous time in history. I played (and reviewed) so many games this year, so without further ado, here are my top 10 games of 2020. 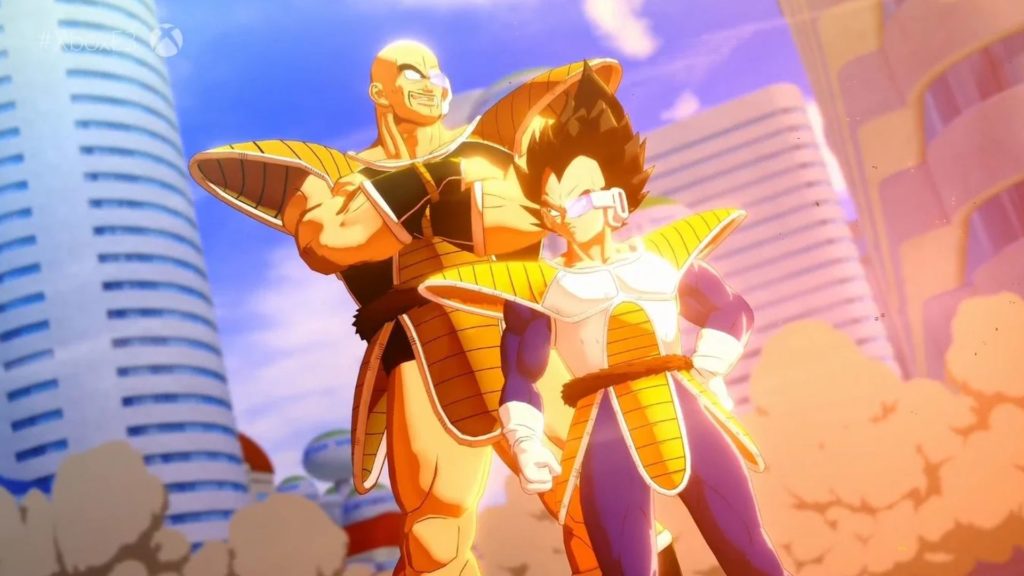 I’ve been a huge Dragon Ball Z fan from a very young age, and I’ve always longed for a sprawling RPG staring Goku and his pals. Getting relive the entire main story of Dragon Ball Z (told in exceptional detail and fully voiced in English and Japanese) was a highlight of the year for me. The combat has the over-the-top fighting game flair that only DBZ games can manage, with epic boss encounters against all of the most impressive villains of the series. Bandai Namco even added Dragon Ball Super DLC throughout the year, bringing Beerus, Golden Frieza, and some new powerful Saiyan transformations to the game. I played a lot of anime based games this year, but Kakarot was the one that filled me with the most joy and nostalgia. 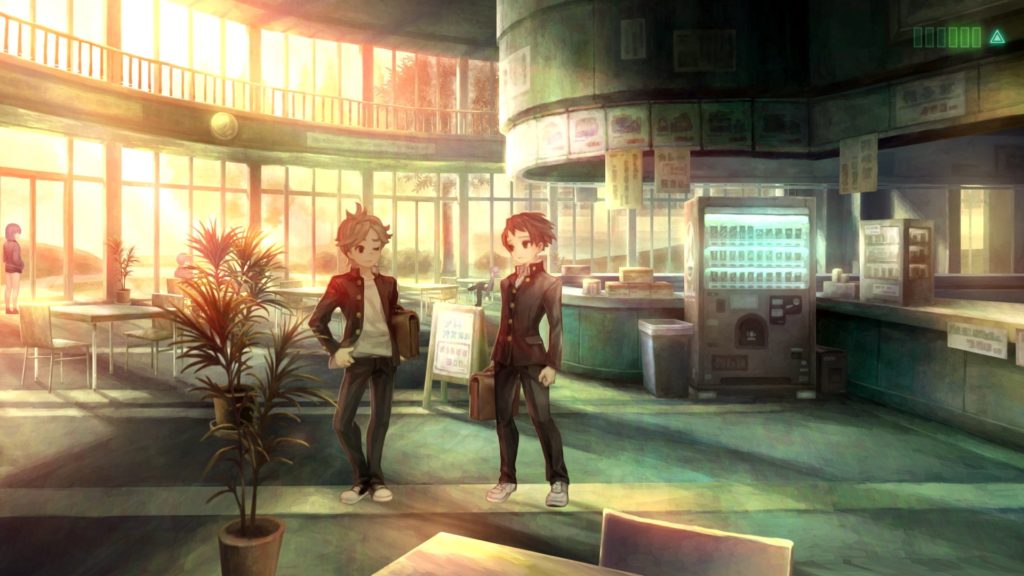 13 Sentinels: Aegis Rim is truly unlike any game I’ve ever played. Part time traveling adventure game, part real time mech strategy, 13 Sentinels is a love letter to all things Sci-fi. With 13 Characters to choose from, the game allows you to experience the story from any perspective you want and in whatever order you want while still sticking the landing. It was such a risk to introduce 13 high schoolers at once and expect players to understand every story beat when their paths cross, but as you slowly pick away at each of their adventures scenes that confused you earlier will suddenly make perfect sense. As well as being a narrative tour de force, 13 Sentinels is also the most beautiful looking game I’ve ever played. Vanillaware’s signature style is brought to life with gorgeous lighting effects, which enables even everyday urban environments to look truly breathtaking. There’s no other game quite like 13 Sentinels, and I wouldn’t have it any other way. 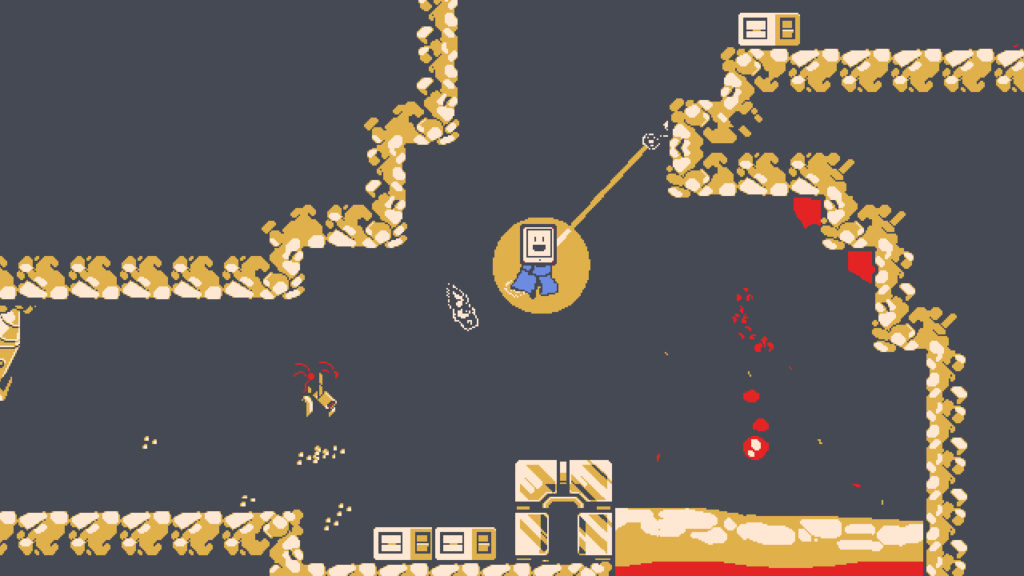 This humble and relatively short Metroidvania came out early in the year, but absolutely entranced me with its sublime locomotion. As an anthropomorphic tablet, Kunai sees you swinging through environments and using your ninja weaponry to dispatch robotic foes. Using two ninja rope style kunai you can propel yourself from surface to ceiling like a WiFi enabled Spiderman, and it makes exploring every secret filled nook and cranny a joy. Thanks to a constant stream of new weapons and upgrades, there isn’t a single moment where Kunai doesn’t feel fresh and exciting. Kunai crams everything I love about the Metroidvania genre into one short experience, and deserves so much praise for that incredible feat. 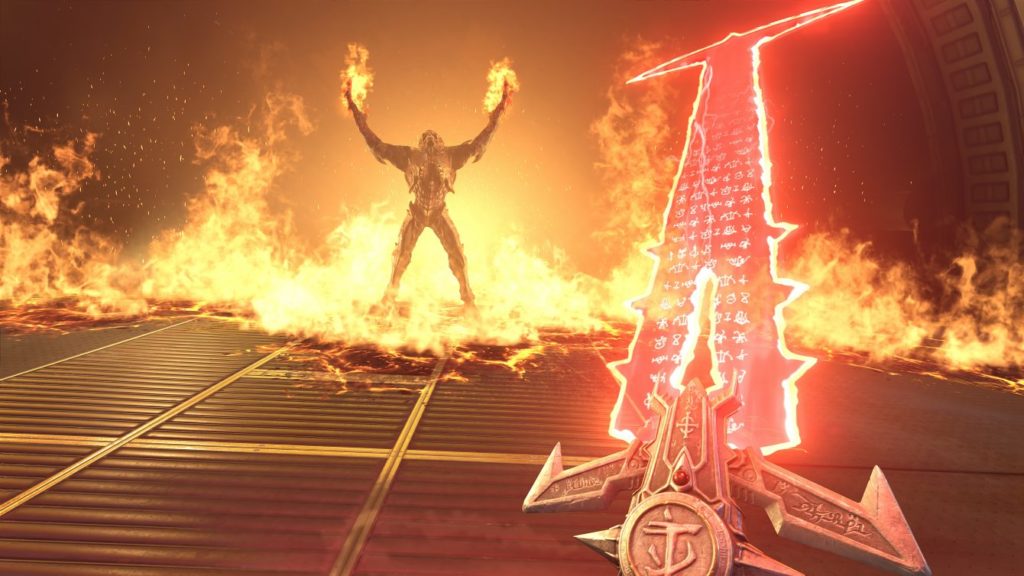 I thought that DOOM (2016) was a good game but ultimately it felt too long, and because of this I wasn’t hugely anticipating Eternal. I was completely wrong to overlook the sequel, which blew my expectations out of the water. The combat has more depth than it’s predecessor – with grenades and a flamethrower on cooldown, as well as a chainsaw you can use to instantly kill enemies with for extra ammo. A lot of people didn’t seem to appreciate the first person platforming, but I loved dashing and swinging about the skies raining rockets down on my demonic enemies. When all of the elements come together and you take down dozens of tough enemies in one compact arena, you simply feel like a slaying god. In terms of pure bloodthirsty action, no game came close to DOOM Eternal this year. 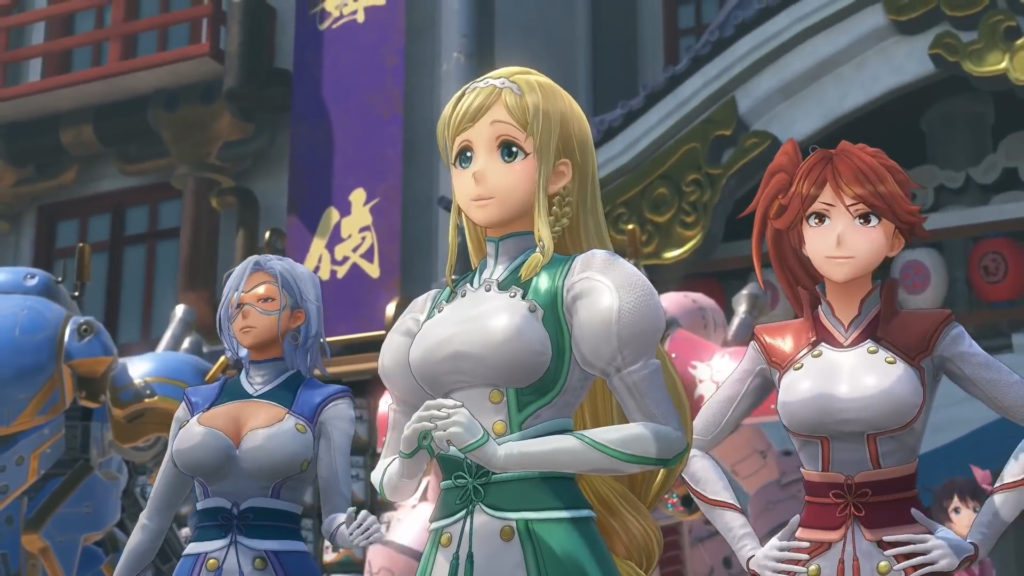 It’s difficult to pinpoint what exactly made me fall in love with Sakura Wars as hard as I did. Fighting in huge mechs is fun but not revolutionary, and the story invites you to leer at girls at an unhealthy pace – but I ended up connecting with the cast of characters more than I ever could’ve imagined. Performing in the theatre by day and fighting demonic enemies by night, the girls of the Imperial Combat Revue stole my heart as we saved the world and became friends along the way. Getting to know your thespian allies is key if you want to strengthen the characters, as choosing the correct conversation option with the LIPS system will strengthen your bond and power your allies up. The poignant story beats of Sakura Wars, coupled with one of the best soundtracks of the year, emotionally resonated with me more than anything else in 2020. 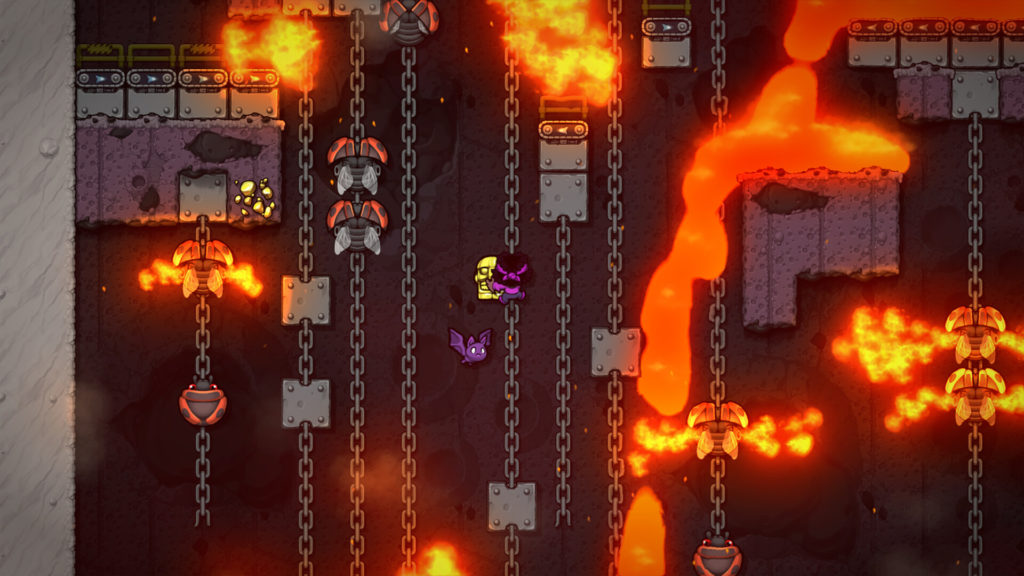 The original Spelunky is one of my favourite games of all time, and while I was excited to see what genius creator Derek Yu had in store for a sequel, I was a little nervous it wouldn’t live up to the original. Turns out I had nothing to worry about, with Spelunky 2 taking everything I adore about the original and adding new monsters, mechanics and tools to create another exceptional Roguelike. Newly added mounts are a personal highlight. Riding a Turkey or Dog into danger and knowing you have better manoeuvrability and an extra hit is actually oddly empowering in a game where the odds are stacked against you. The sequel felt like it was made with hardcore cavers like me in mind, with an amped up difficulty and particularly impossible true ending to truly test series experts. Spelunky 2 is the game on this list that I’ll be playing for the next decade, and with thousands of deaths and only a handful of successes I know I’ll enjoy every second of it. 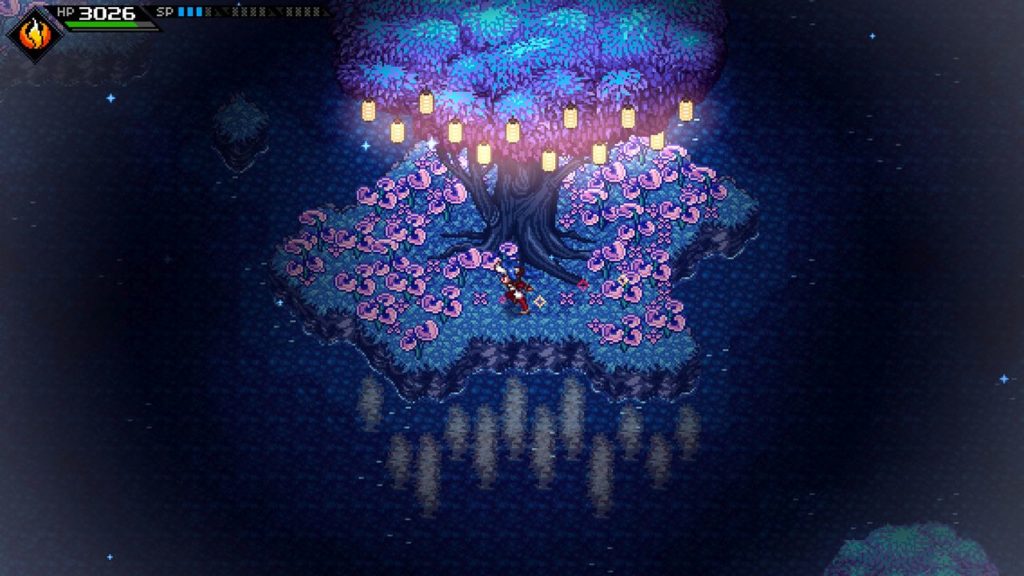 To be completely transparent, I hadn’t even heard of CrossCode until I was sent review code for it. It would’ve been incredibly easy for me to miss out on this masterpiece, and I’m so glad I didn’t. Set in the fictional MMO known as CrossWorld, you adventure through the game as Lea with the help of a cast of characters logging in from around the world. From a top down perspective you’ll fight enemies by launching spheres at them, and unlock powers to help you solve puzzles and complete incredibly varied side quests. The highlight of CrossCode for me though were the dungeons, which functioned like they do in Zelda games with locked doors, puzzles, and a new ability to unlock within. There are many retro Legend of Zelda comparisons to be made with CrossCode, but ultimately I think Lea’s adventure actually surpasses those classics. 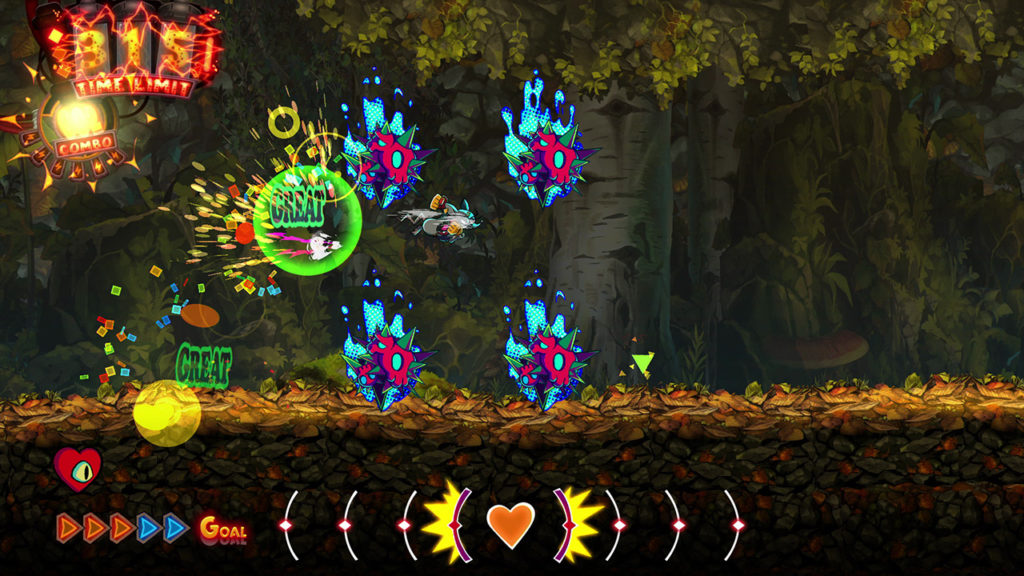 From the first time I saw Mad Rat Dead in action I knew I’d love it. I’ve always adored creative rhythm games, and combining the genre with platforming was a perfect combination for me. As the titular Mad Rat you’ll need to Dash, Jump and Drop your way through stages in time with the beat, in order to take down the scientist that killed you. Moving through the stages in time to the beat feels amazing, and mistakes are never punished thanks to the time rewinding mechanic. At any time (even after you die) you can rewind the last 10 seconds or so, and retry a section again. Mad Rat Dead just oozes charm – its colourful art style is endearing, it’s story surprisingly compelling, and the soundtrack features the catchiest tunes of the year. Rhythm game fans owe it to themselves to play Mad Rat Dead.

2: Deadly Premonition 2: A Blessing in Disguise 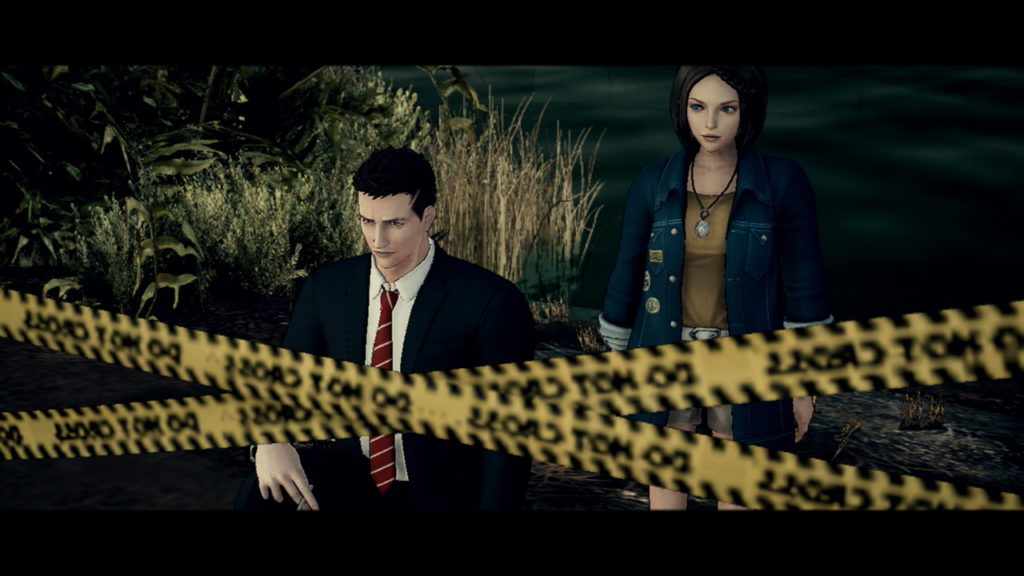 When I heard that the 2010 cult classic Deadly Premonition was getting a sequel, I couldn’t contain my excitement. Getting to continue the adventures of Francis York Morgan and his friend Zach was a dream come true. Deadly Premonition 2 has just as much ridiculous charm as the first game, with a new cast of characters just as outlandish as they were in York’s first outing. As both a prequel and a sequel, the story takes some incredible twists and turns, and captivated me throughout its entire runtime. Without spoiling anything my favourite gaming moment of 2020 sees two characters meet that I didn’t think would, and even thinking about that scene makes me smile, cry and laugh out loud all at once. I can’t deny that the game doesn’t have its problems, but it just wouldn’t have that janky SWERY charm if the sound effect of skateboarding didn’t drown out conversations, or if there weren’t occasional 20 minute long fetch quests for no god damn reason. Deadly Premonition 2 does so much wrong as a video game, but that’s precisely why I love it so much. 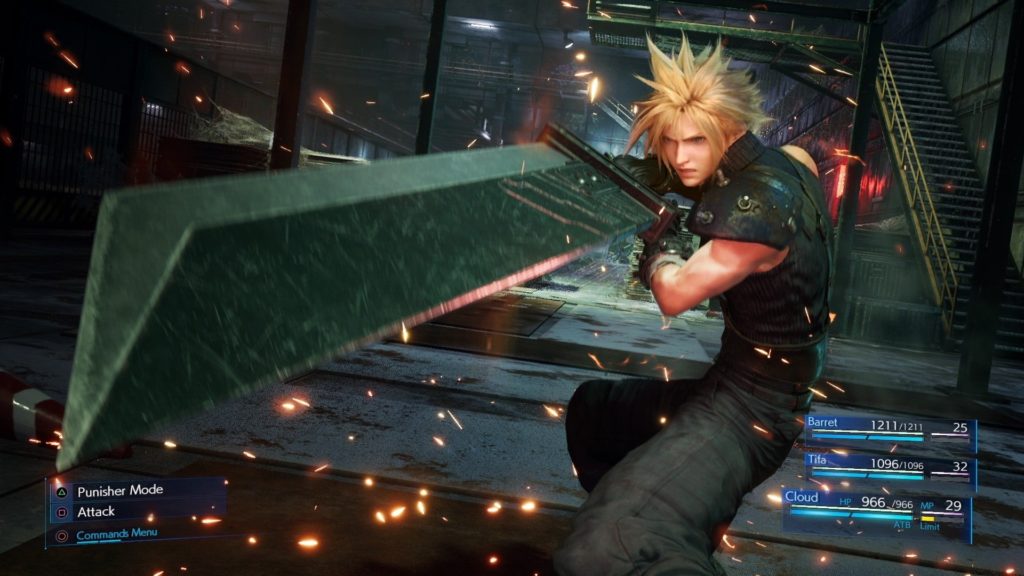 The original Final Fantasy VII isn’t even one of my favourite games in the long running JRPG series, but Square Enix’s remake of the most beloved games of all time is simply spectacular. Every single aspect of Final Fantasy VII Remake is just magical, and filled me with nostalgia for a game I wasn’t aware I loved. I was not prepared for how much the remake would add to and improve the story of the 1997 original. Characters that were once throwaway are charming and lovable, and are absolutely crucial to the narrative this time around. Even the main characters feel more fleshed out than ever before, in part thanks to the fantastic voice acting.

The combat is fast paced but still thoughtful, and sees you utilising all of Cloud and company’s classic abilities to to take advantage of enemies’ weaknesses and stagger them. Switching effortlessly between characters and unleashing skills you’ve assigned to shortcuts feels incredibly satisfying. It’d be criminal if I didn’t mention what a treat Final Fantasy VII remake is on the eyes and ears too, with beautiful industrial environments and the best soundtrack I’ve listened to in years. No remake has ever impressed me more than Final Fantasy VII, and once the second part comes out I know I’ll fall in love all over again.

Game of the Year 2022: Community Choice