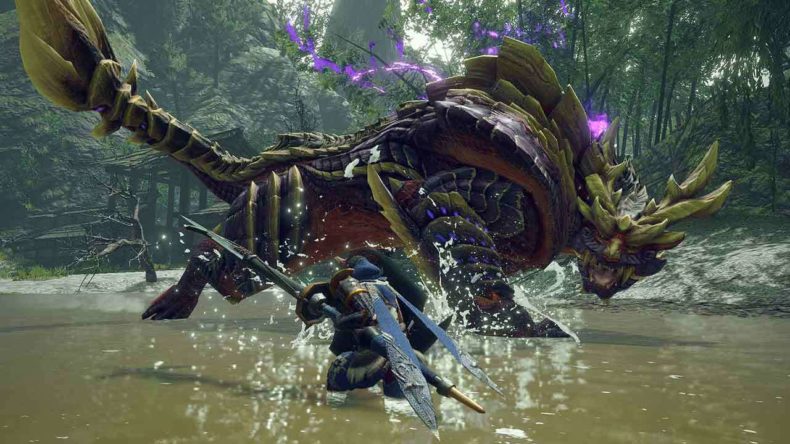 With the release of Monster Hunter Rise fast approaching, I’ve been reminded of the hype I felt for the Iceborne expansion for Monster Hunter World. I came into the franchise at World, and my thousand hours in that game are dwarfed by the time clocked up by veterans of the series who’ve been playing since the very beginning. But I fell in love all the same – and in fact I fell in love because World was so accessible, because I didn’t feel I needed a Sherpa guide and two extra thumbs to get to grips with it, because it felt immediately mainstream on the home consoles instead of just Nintendo’s handhelds and hybrids like those that came before.

But despite how incredible I feel World and Iceborne are – and to put this in context, it’s one of my top 5 games of the entire last generation – my hype and anticipation for Rise is different. It comes from a different place. Because unlike in 2017, I now have a ten-year-old son who plays Monster Hunter World Iceborne.

My son has an incredible imagination. It rivals my own at his age, and he conjures up the richest back stories and tapestries from whatever he’s playing. World is no different. It inspires him to charge around the house with a plastic sword and shield, to shout things like “Diablos!” and “Chubs!” (that’s his palico, by the way) at random times of the day. It’s part of the reason I encourage him to play, because it fuels an imagination that I will nurture in him for as long as humanly possible. 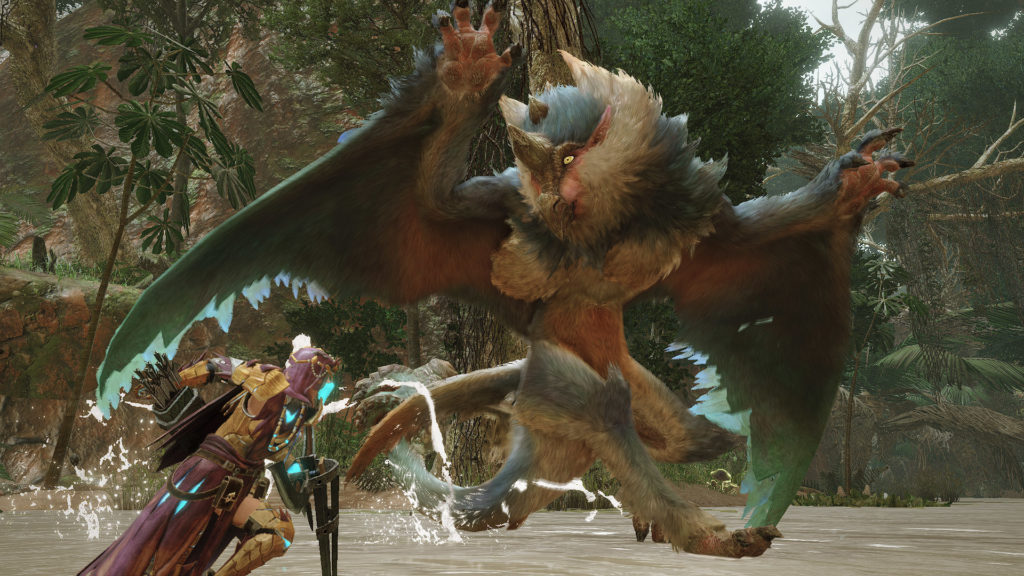 It’s not about how long he’s in front of a screen (our house, like many, has rules and limits), it’s about how long I can keep him chasing his own adventures before the doldrums of real life get their hooks in. It’s about time spent laughing online with his friends or elbowing me on the couch when I come in clutch in Fortnite and blow his tower down for a laugh (I mean, I’m his dad; if I can’t bust his chops now and then, who can?).

Many gaming parents with kids of a certain age will know what it’s like to feel like an MVP every time you pick up a controller to join your child’s game. I walk into a game of Fortnite with them like a WWE fighter strutting to the ring with Puff Daddy’s Come With Me playing through the loud speakers (and the fact I still call him “Puff Daddy” probably reveals why still being classed as an MV-anything is so important to me). The fact that my son can obliterate me in a 1 V 1 makes no difference; when Dad’s playing alongside him, it’s off the frickin’ chain.

But I digress. My point here (and I have one) is that I’m less hyped for Monster Hunter Rise because of how much I’ll enjoy it (though I fully expect to lose months to it) and more because for the first time, we can sit on the couch and hunt together. With several Switches in the house, we’ll be able to embark on the quest to stop the Rampage as a team. 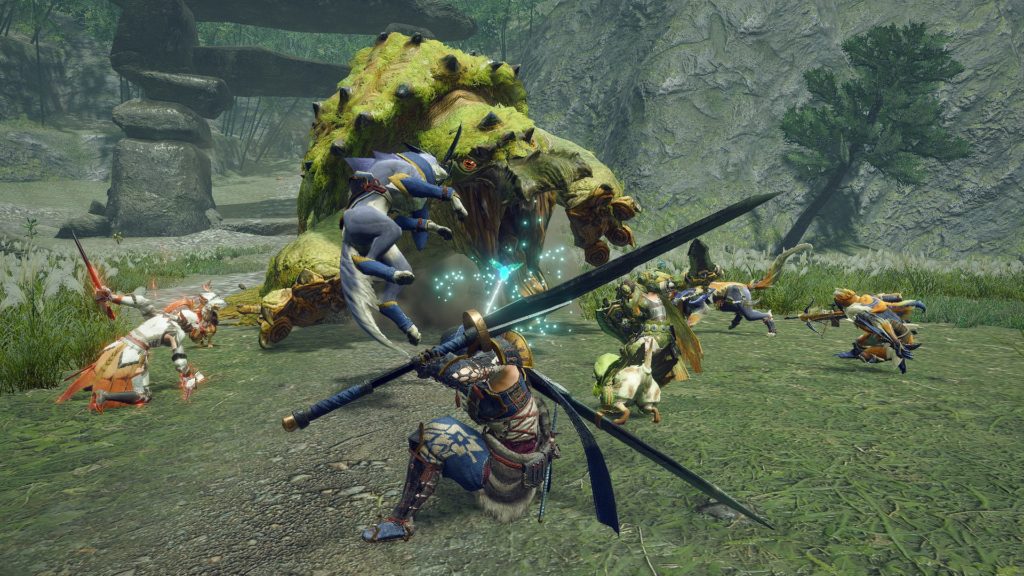 At the time of writing, Monster Hunter Rise has 30 confirmed large monsters, 9 of which are new and many of which are returning from the series entries that came before World. There are currently more monsters that we’ve never faced before than the ones we have. That alone is exciting. But the thrill of learning new weapons together (we’ve vowed to go into Monster Hunter Rise with our least-used weapons, at least to start), and exploring a whole new world of danger and adventure – these are moments we’ll have together. These are moments where his imagination is fuelled not only by the games, but by our interactions. Who knows, maybe I’ll run around the house with a big plastic Insect Glaive and my wife will start to strongly consider the choices she has made.

Because more so than the other consoles, the Nintendo Switch has the power to bring families together. We spent weeks through 2020 tending an island community together in Animal Crossing, I’ve spent the last few weeks guiding him through Dragon’s Dogma, sprawled on the living room floor in our own world. When Rise launches in March, we’ll be doing it all again, plunging back into an adventure together, father and son, armed with pure imagination.

It says as much about the power of gaming – and I do believe it has a power – that brings people together as it does about my hype for Capcom’s new title. If, like me, you view games with a reverence that goes beyond play things and pastimes and hobbies, elevating them to the level of art, interactive inspiration that can build connections between friends or strangers, between parents and children, between siblings. I’ve never been a “footie” dad, my thing has always been gaming – and so I’m grateful that my eldest boy shares that interest. It brings us closer and keeps us there, and I know he’s just as hyped as I am for March 26, and the opportunity to strap on a great big axe and go a-huntin’ with the old man.

Senior Content Editor Mick has been playing games for over 30 years and writing about them for around 12. After drifting from site to site for a while, settling briefly at the now-defunct Made2Game and freelancing for the gone-but-not-forgotten NintendoGamer Magazine, he came at last to rest at Godisageek. Mick has been a reviewer, staff writer and content editor here for some time, while also moonlighting a little for Red Bull Games. He has 4 kids, has written 2 novels, and sometimes even manages to pay a bill or two. You'll usually find him defending the galaxy in Destiny 2, battling evil in Diablo 3, or lurking in the background on Twitter. Find him there @Jedi_Beats_Tank, or on XBL (JediWaster247), PSN (Jedi_Waster) or Nintendo (JediWaster).
MORE LIKE THIS
CapcomgodisageekMonster HunterMonster Hunter Rise