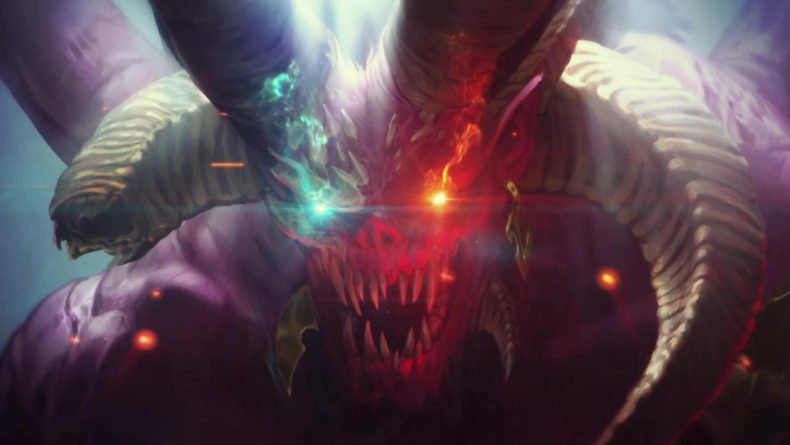 The Khorne faction in Total War Warhammer 3 is all about war, war, war. Controlling this faction means fighting aggressively for power. It still does require tactical thought though so as to progress in the right way and maximise the options at your disposal. Can you serve Khorne, the Blood God adequately by creating an endless stream of skulls worthy of his name?

Khorne, the Blood God, rages upon his brass throne, resting atop a mountain of skulls, built from the countless heads of the great champions his followers have slain over an immeasurable number of aeons. He cares not from where blood flows so long as it is done in his name. It is not uncommon to see the warriors of Khorne fighting amongst themselves, battling to prove their skill in combat and rise higher in the eyes of their wrathful master.

To follow Khorne is to embrace violence and destruction, and to pledge utter subservience to his cause. Khorne’s most favoured servants are gifted with immense powers. Some may even ascend to Daemonhood, and it is these chosen few who are tasked with bringing his wrath down upon the world. Blood for the Blood God!

Your settlements will spread automatically into the ruins you leave in your wake – or you can spend Skulls to occupy them immediately.

Your armies are strengthened by every battle, and can even summon temporary reinforcement by razing settlements. 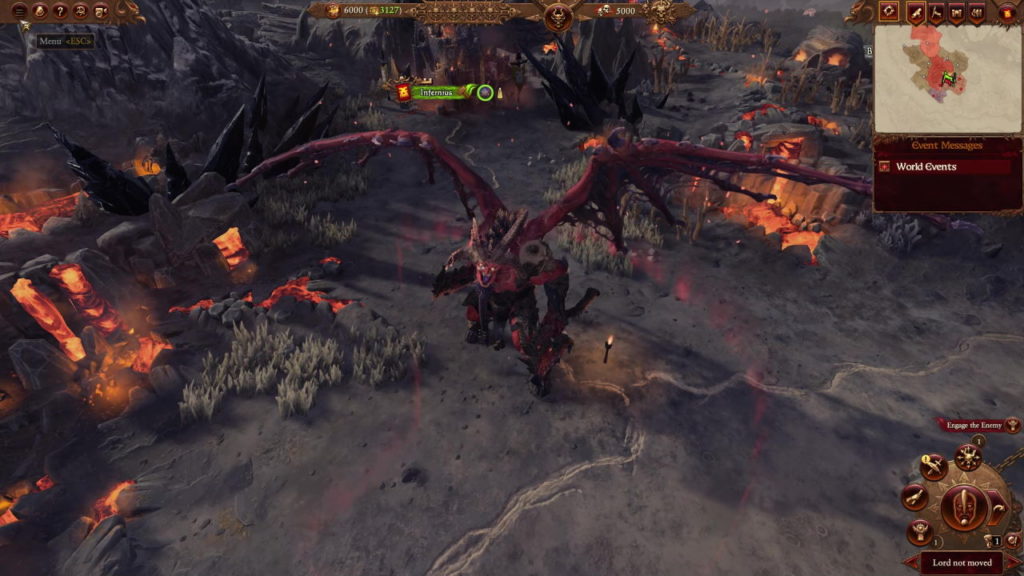 Skarbrand, also known as the Exiled One, was once the greatest of all Khorne’s Daemons. Undone by his pride, he was banished from the service of the Blood God and cast from Khorne’s domain. Forever tormented by his downfall, Skarbrand wanders the mortal and immortal realms – a restless fury that cannot be stopped! 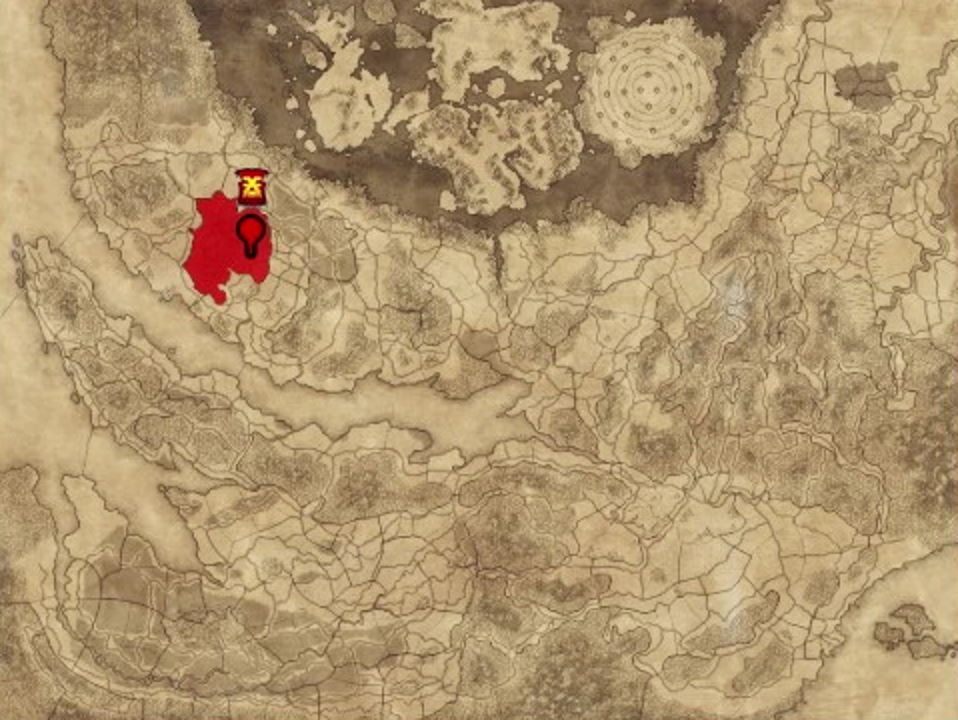 Bloodletting: One of the key features of the Khorne campaign is Bloodletting. Essentially it rewards you for continuous victories in battle, and so winning consecutive fights is the name of the game. If you leave it too many turns without a victory, your level will diminish. If there isn’t a settlement in sight to battle, then you can always use Unholy Manifestations to create an army for you to battle against to keep topping up your Bloodletting level.

Skulls: Skulls are an additional currency that you need to manage. You use them to not only pay tribute to the Blood God for significant boons and power upgrades for a few turns but also to occupy settlements instantly. Whilst it can be tempting to immediately occupy territories and spend skulls, remember that the Drawn to Destruction Skill means this will happen automatically, albeit slower. So sometimes patience is rewarded, and you can keep those Skulls for when you need them.

Teleport: You can also Teleport across the map to extinguish foes further away for a fee. This can be useful, given the vast lands you will be conquering, and especially if you wish to keep your Bloodletting score up. Watch out for the cost though and be careful not to Teleport yourself into a situation from which you cannot recover.