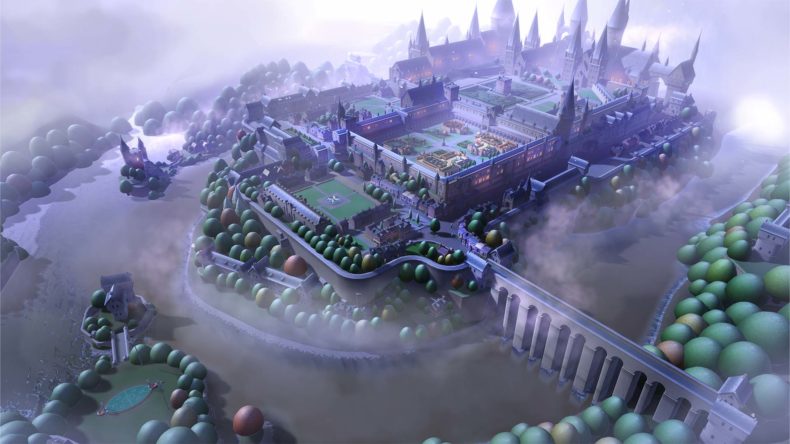 Originally set to come out on May 17th, Two Point Campus has been pushed back to August 9th, but to tide fans over, Two Point Studios and SEGA has released a new trailer showing off the Wizardry Course that’ll be in the game.

This follows on from the Archaeology Course revealed in February, so perhaps we’ll get another course shown off in a few months?

The video for the Wizardry Course is described thus: “Introducing the latest and greatest video game school of witchcraft and wizardry. No, not that one. The other one! In Two Point Campus, you can don your pointy hat, lug your cauldron to class, join a totally legal magical battle club and more in the Wizardry course at Spiffinmoore!”

The video shows off a first glimpse of the Wizardry class, where students can brew mysterious potions in the apothecary, command a crystal ball to reveal their future, or maybe get a pumpkin for a head. Make sure that your students study properly and hone their skills in the Spellroom to compete in magical duels, and watch the sparks fly. The better your students do, the stronger their magic becomes. They’ll need it, too, what with the occasional ancient curse and nefarious enemy looming about.

We really liked the debut title from the studio, Two Point Hospital, and it even worked really well on consoles. Hitting nearly two years after the PC version, in 2020 Chris Hyde said “Two Point Hospital feels right at home on consoles. If you haven’t sampled it’s quirky, addictive delights yet, there’s never been a better time”. In the original 2018 review on PC, Gary Bailey said it was “a triumphant return to the fun and frantic style of Nineties management sims, with the adorable visuals to match.”.

Two Point Campus is coming to PC, PS4, PS5, Xbox One, and Xbox Series S|X on August 9th this year. Two Point Studios say the Switch pre-purchase on the eShop will be coming soon as well.