previous
Flippin Misfits is the most fun I've had with a multiplayer game this year | Hands-on preview
random
next
Infinity Strash: Dragon Quest The Adventure of Dai coming to the West
0 comments 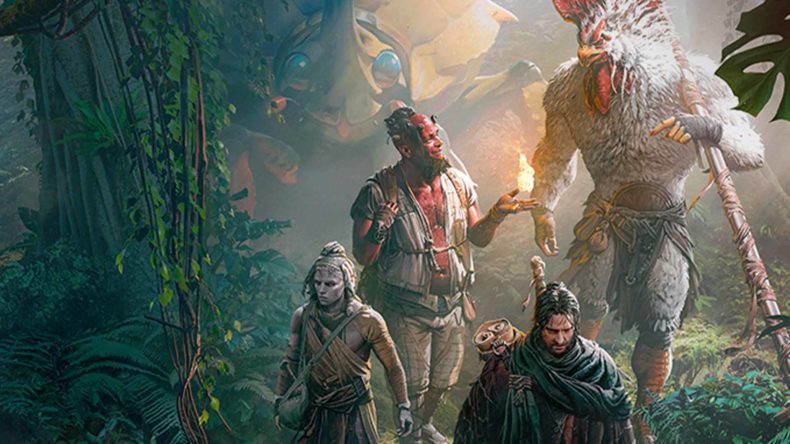 The Bird That Drinks Tears is a series of Korean fantasy novels by Lee Yeongdo, and published Krafton is making a game based on the property. Having previously announced that active development is in progress on the as yet untitled game, we now have a visual concept trailer that is being release to “illustrate what audiences can expect from future entertainment projects based on the IP”.

Krafton adds that “in addition to the untitled game project, the visualization project is positioned to guide the aesthetic and tonal directions of various multimedia projects based on The Bird That Drinks Tears, including a graphic novel and motion picture”.

The visual concept trailer was created using Unreal Engine 5 and highlights the mystical tone Krafton is aiming for with entertainment projects based on the series. The world and character designs seen in the trailer are based on vivid concept art created by Iain McCaig, the renowned Hollywood talent known for his work on franchises such as Star Wars and Marvel.

Since 2021, Krafton’s Team Windless has worked closely with Iain McCaig on visualizing the world and characters of the novel. The final product of that collaboration will be published as an artbook later in 2022. Additionally, a graphic novel based on The Bird That Drinks Tears will be released in 2023.

Krafton is really betting big at the moment, with PUBG: Battlegrounds, New State Mobile, Moonbreaker, Tera, Elyon, and phenomenal looking The Callisto Protocol all on the slate.