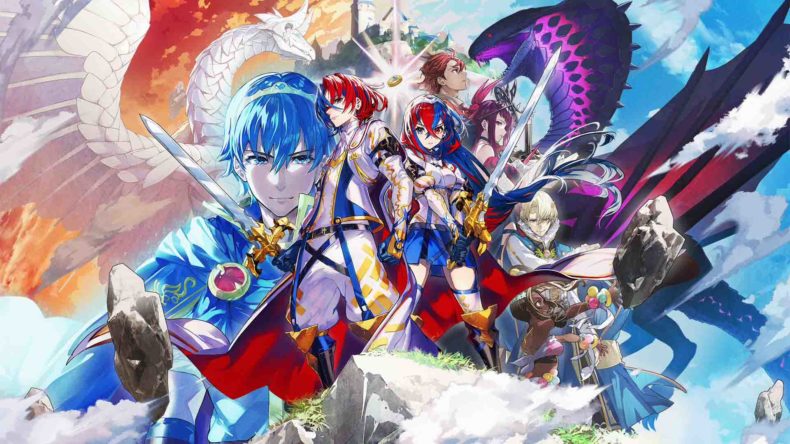 As games go that enrapture you from start to finish, Fire Emblem Engage is right up there. For the time I spent playing through the story mode, I felt involved through every cut-scene, every battle, and spent hours customising my heroes on their way to face off against the big bad. In fact, I’d go so far as to say that Fire Emblem Engage is the best the series has to offer, and developer Intelligent Systems has thrown the veritable kitchen sink at this one, offering a unique take on replayability, compared to previous adventures.

Nuts and bolts wise, this is the Fire Emblem you know and love. It’s a turn-based tactics game through and through, with the weapon triangle system, swords and sorcery, healers, and possibly the largest number of classes to pick from in the series to date. Engage feels truly big in a way few games do, yet I can hear fans of Three Houses already scratching their heads and reminding me of the three distinct stories that would, combined, take way more than the forty hours Engage does. 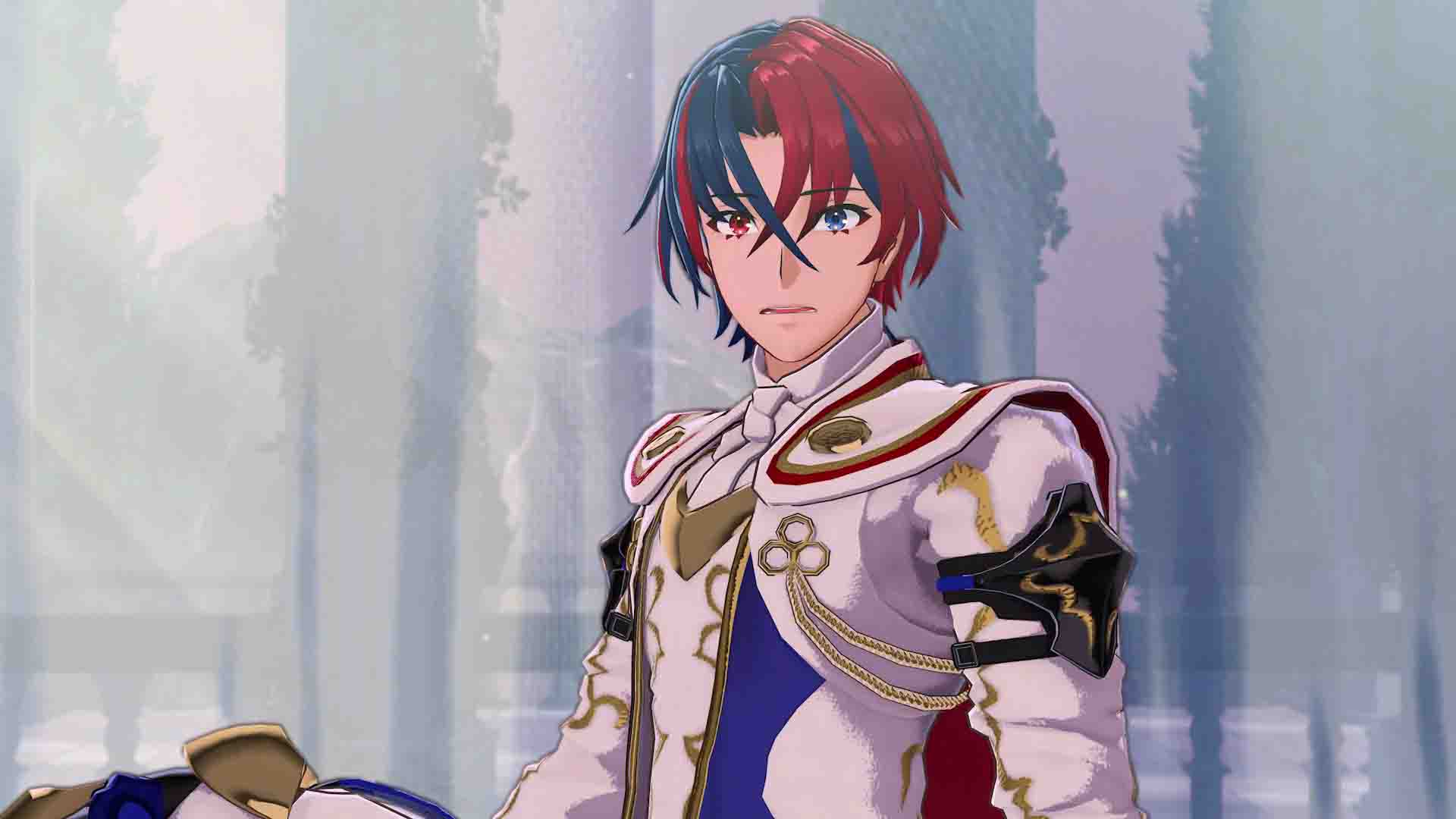 While there aren’t multiple paths to take, it’s the actual core design of the battles that makes it so replayable. In Fire Emblem Engage, you play as Alear, the Divine Dragon who has awoken after a thousand year slumber. The world is under attack, and only using your unique ability to summon past Fire Emblem heroes using their Emblem Rings can save everything you know and hold dear. Those au-fait with the series might be starting to understand, but each hero is different. While many will be the standard sword, lance, or axe-master, others excel at ranged abilities, or are healers. The kicker, then, is that once acquired, these Engage Heroes can be equipped by anyone in your party, and can learn up to 20 skills (passive buffs), while also making use of their unique abilities that are tied to their character.

I say unique abilities, because the skills that are buffs can later be inherited after bonding with them to a certain degree. What this means is that you can get their bond level with one character up to where you want it, then give the ring to another character, while using SP gained through play to inherit abilities to take up slots on the original character you had the Emblem Ring paired with. It sounds complicated, and at first it’s a lot to take in, but soon you’ll forget it’s even a new thing and be customising all over the place, working out which buffs work best with whom, and which skills and abilities are better served sticking with your favourite battle heroes. 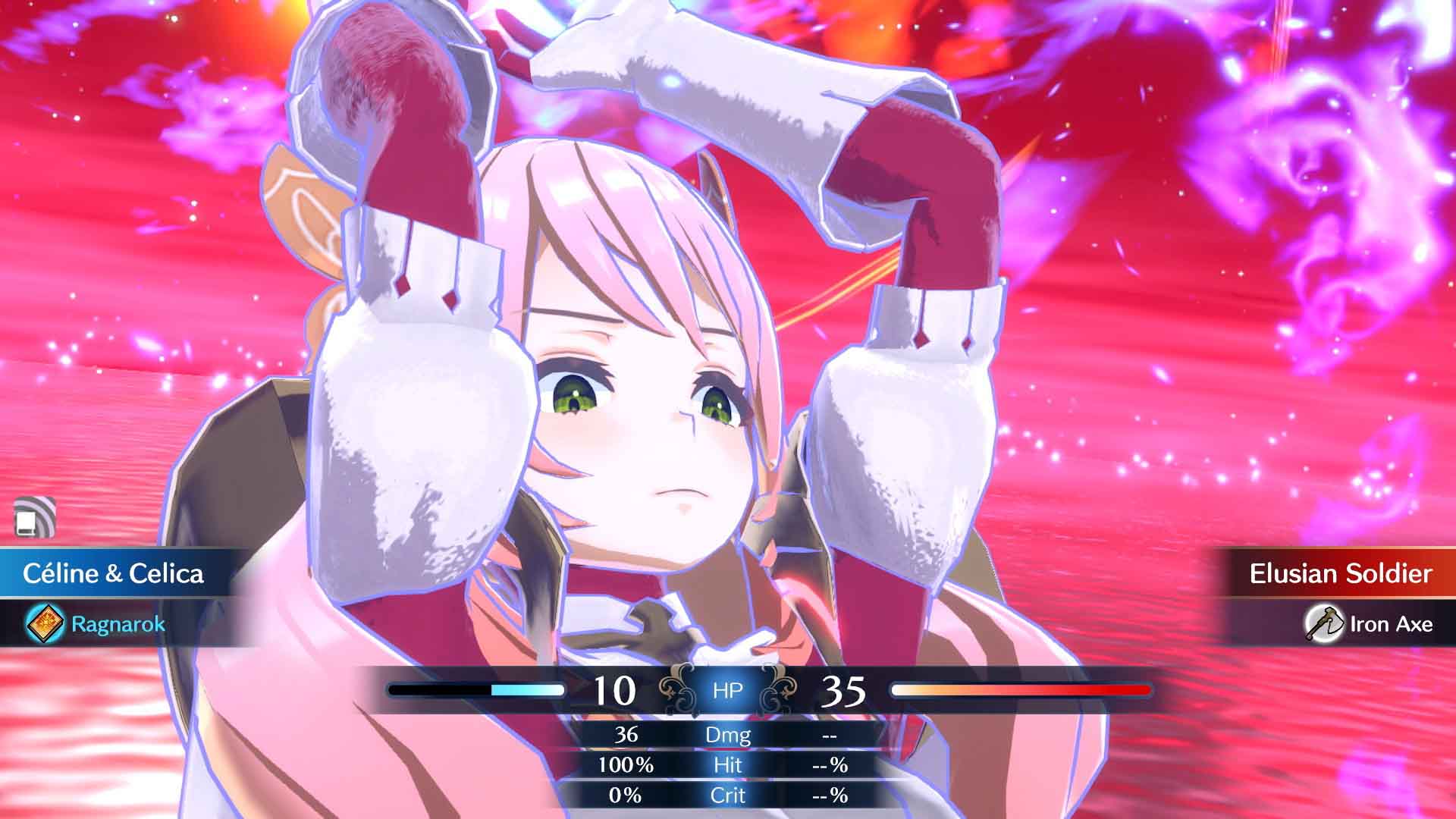 Underpinning all of this is, of course, the relationship mechanics from prior titles. Spending time or battling with your fellow warriors means that you’ll slowly upgrade your friendships, which will ultimately aid you in battle. By the time the final battles roll around you’ll be having people team up and attack from far away to help one another, and it’s supremely satisfying. Intelligent Systems pretty much perfected the standard Fire Emblem battle systems years ago, and it’s even more fantastic in Engage, thanks to the Emblem Rings and how much you can customise how you play.

As always, there’s a large cast of playable combatants, but this time around it feels astonishing in scale. So much so that after a full playthrough, there were people I had barely used outside of some training exercises and side-missions. Given how so many RPGs don’t do it, I do want to praise how everything is voice acted here, and aside a few (Alear can get a bit over-emotional, and some heroes veer too far into anime-territory, even for me) they are all likable, and crucially, interesting. While the story overall is interesting, there’s a propensity for it to try to rationalise behaviour and rehabilitate personalities a little too much. While I do believe that anyone can change, we’re into “video game” territory here, where, yes, they try to explain away why people are “bad”, but ultimately nothing can really make up for the atrocities committed. 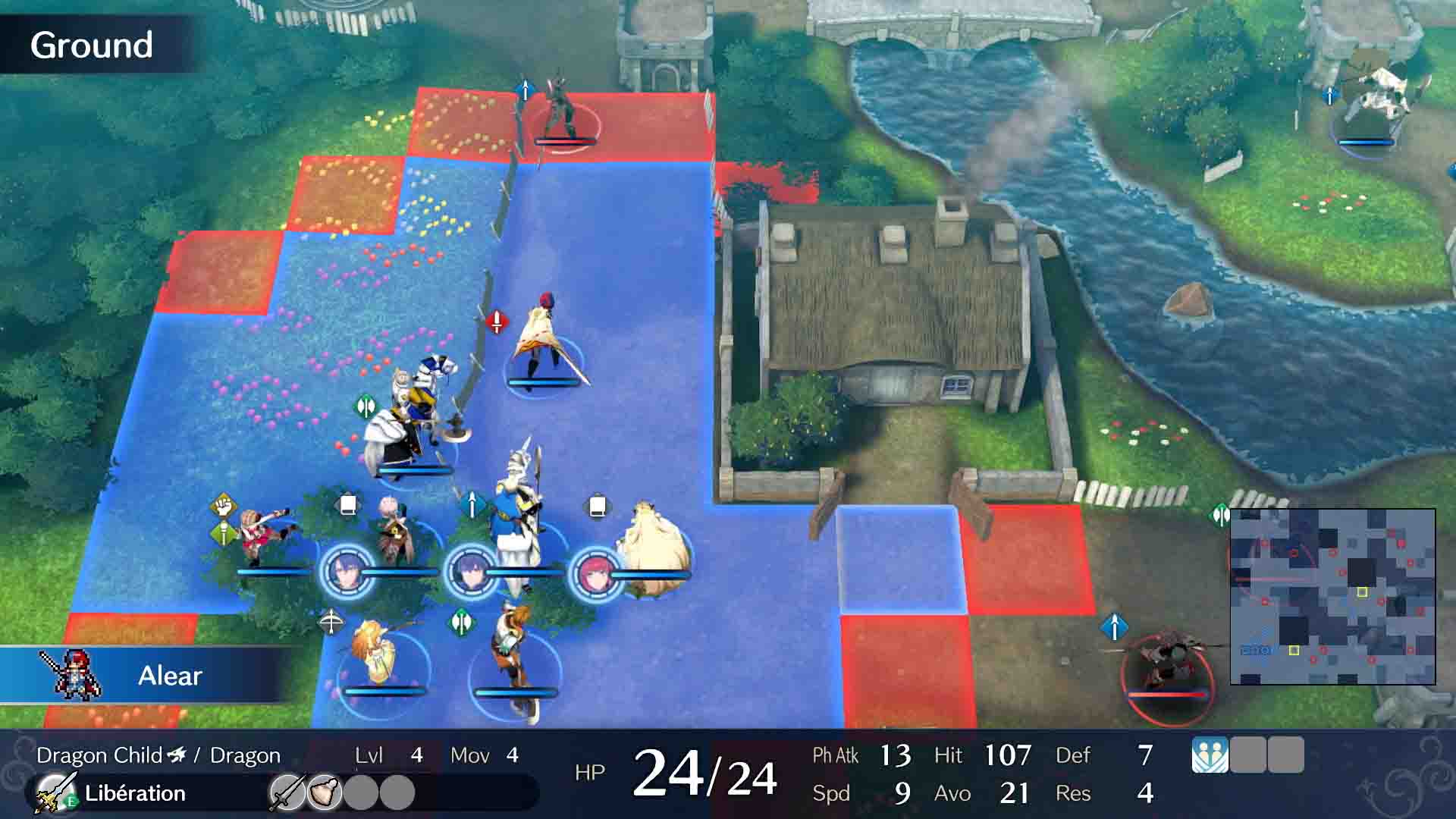 The maps, missions, paralogues, and Emblem Ring characters almost make Fire Emblem Engage feel like a greatest hits, at times. It’s just so well done, and I can find so little to criticise, really. The RPG elements feel slightly more streamlined than in the likes of Three Houses, and there’s a lot less running about and talking to people: you can do all of that directly from the menus, if you prefer. If anything, the case could be made that there are too many systems at play.

Fortune telling; fishing; collecting wild animals to produce materials; preparing meals to buff before battles: there’s even multiple training games that award temporary stat increases as well. There’s a peculiar animal you can befriend and play dress-up with; shops to peruse; clothing to buy; a bed to sleep in, and even a bizarre option to polish your rings which makes the Emblems-within happier, and can level up your bond. It’s almost too much to remember at once, and this list is far from exhaustive. At times when playing you’ll remember “oh that thing exists” and go to do it: it’s just that dense, but what’s impressive is how it all plays a part, or if you prefer, can be streamlined.

One issue I do think is worth mentioning is that while there is pretty much every class I can ever remember from a Fire Emblem game on offer here, the way levelling works has been changed. You can get any basic class to level 20, and that’s it maxed out. Then you’ll need to switch to an advanced or different basic class, which itself can be maxed to level 20, too. Rather than in prior games where you’d have basic, intermediate, advanced, special, and the like, it’s a case of picking a class and re-levelling it up to produce higher stats over time. 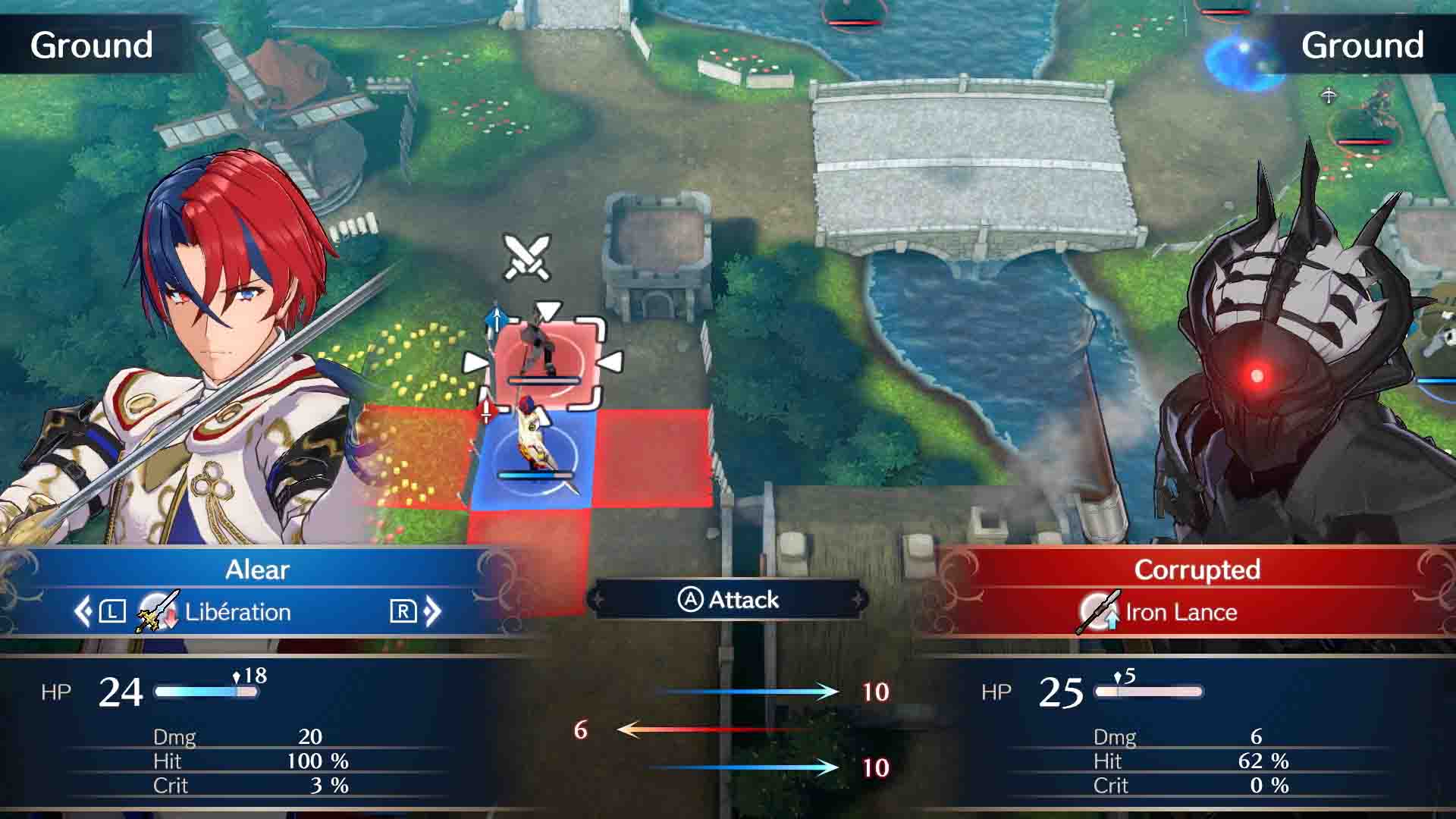 The reason this is the case is due to the Emblem Rings and Engage System itself. Given that you may have a character who is skilled in melee and sword combat, you can still equip an Emblem Ring that not only gives them a unique bow skill, for example, but as you progress the bond with that Emblem, you can even unlock multiple bow weapons that can be equipped while engaged. This means that, sure, you might be a sword and melee character, but the second you engage with an Emblem Ring, for three turns you also can use all manner of weapons and abilities your class shouldn’t be able to wield, so in that respect you’re more than just a singular class at any time.

Fire Emblem Engage is a masterpiece of tactical gameplay design. Varied enemies, classes, combat systems, and more make it feel like the best the genre has to offer. An interesting story runs through everything, and there’s even multiplayer options to keep you coming back, should you somehow tire of the exquisite combat. With options to play how you want, at whatever speed you desire, and a gorgeous, vibrantly colourful aesthetic, Intelligent Systems is once again showing it is top of the class and, frankly, I really don’t know where they go next: it’s just that good.

Some parts get lost in the density of it all

Fire Emblem Engage is a masterpiece of tactical gameplay design, with a gorgeous look, and depth most games can only dream of.