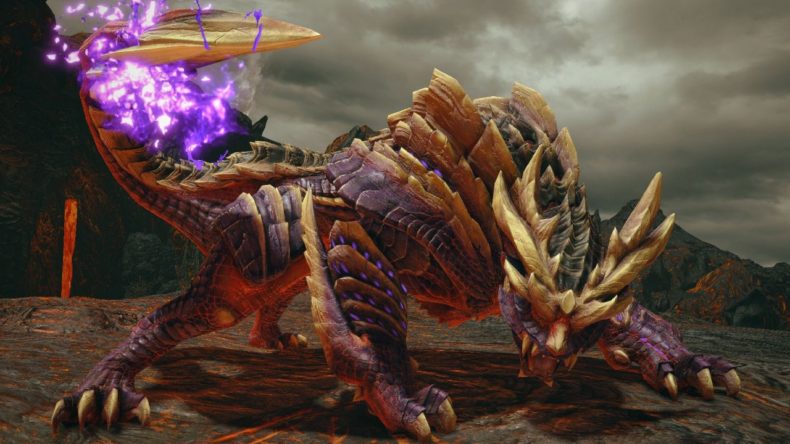 Monster Hunter Rise was, at one time, one of the Switch’s best exclusives. Following many of the templates laid out by Monster Hunter World a few years before, Rise offered a vibrant, beautiful world full of colossal beasts to hunt alone or with friends – and a franchise that was up until then underrepresented on Nintendo’s newest console.

The PC release last year broke the exclusivity, but no one really minded. The Monster Hunter community has its share of elites, but by and large the fans just want more people to experience these games and the PC port was a great way to do that. Even without the Sunbreak expansion, the PC version of Monster Hunter Rise felt massively superior in terms of performance. A faster framerate, lightning loadtimes, and a much sharper resolution made a big difference. 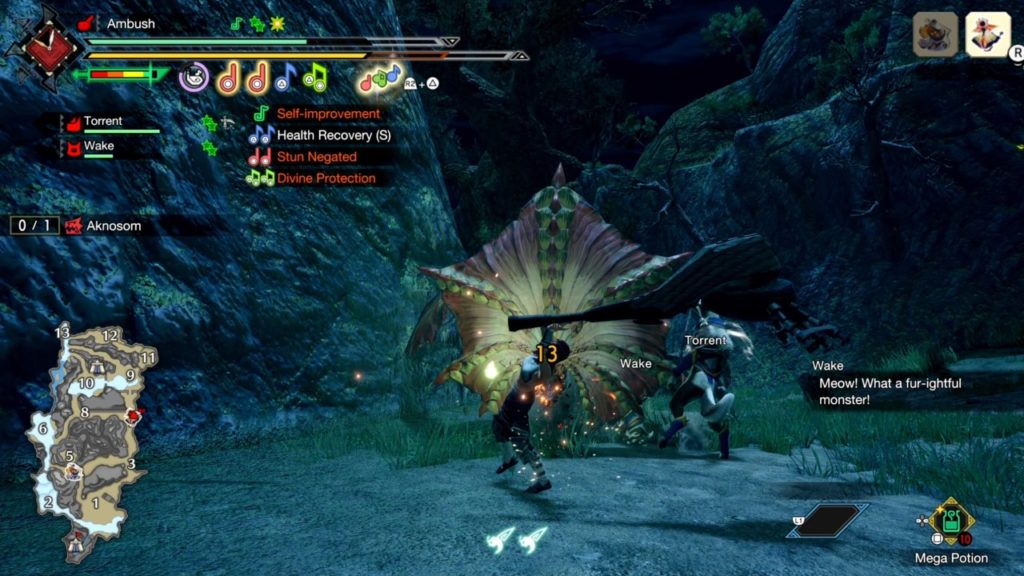 Now Rise is coming to yet another platform (well, several) with the PS5 and Xbox editions, the former of which is the focus of this review. It looks and feels almost identical to the PC port, with stunning 60fps action and quick loadtimes to get you into the hunt even faster. Sadly, it doesn’t come complete with the Sunbreak expansion (which will follow later) – but it does have all the quality of life improvements that accompanied Sunbreak on the other platforms.

So, for those uninitiated, you play the role of the hero of Kamura, a small village threatened by the Rampage, a frenzied gathering of the local megafauna inesponse to the arrival of some incredibly powerful ancient monsters. It’s your job to go out and research (*annihilate) any monster that poses a threat (**stands around minding its own business) for the safety of Kamura (***a new pair of monster-skin pants).

One of Rise’s major selling points is its verticality. World may have been a vast new adventure, but it mostly took place on a single plane. Rise isn’t afraid to go upwards, sending you to the tops of towering hills and leading you through clifftop forests. A rich collection of environments soon become super easy to navigate thanks to fast-travel points, even as the fights themselves become a little easier as you gain experience and improve your gear. 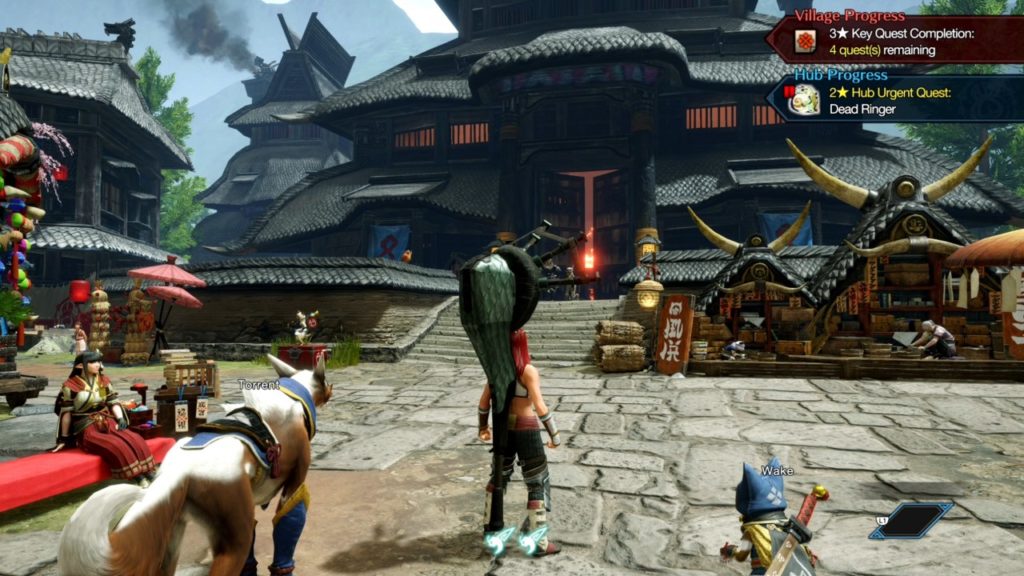 Monster Hunter Rise, like the rest of the franchise, is a very skill-dependent game. While you will improve your weapons and armour, and can unlock special skills attached to whatever you’re wearing, it’s your own skill and ability to read each monster that will ultimately make you a better Hunter.

There are fourteen weapon archetypes, each with vastly different movesets, and picking the right one for you is a daunting challenge for a newcomer. For its part, Rise does ease you in fairly slowly, asking you to kill a few easy small monsters at first, and introducing you to things like item crafting and silkbind skills as you go.

To aid movement and add special moves to each weapon you’ll learn to utilise Wirebugs, magical critters that allow you to swing from them and bind monsters in their silk. This essentially allows for multiple devastating moves per weapon that often add buffs to you and debuffs to the monster. The Wirebug also allows you to stagger monsters and ride them, using them to attack other monsters in the area for heavy damage and more loot. 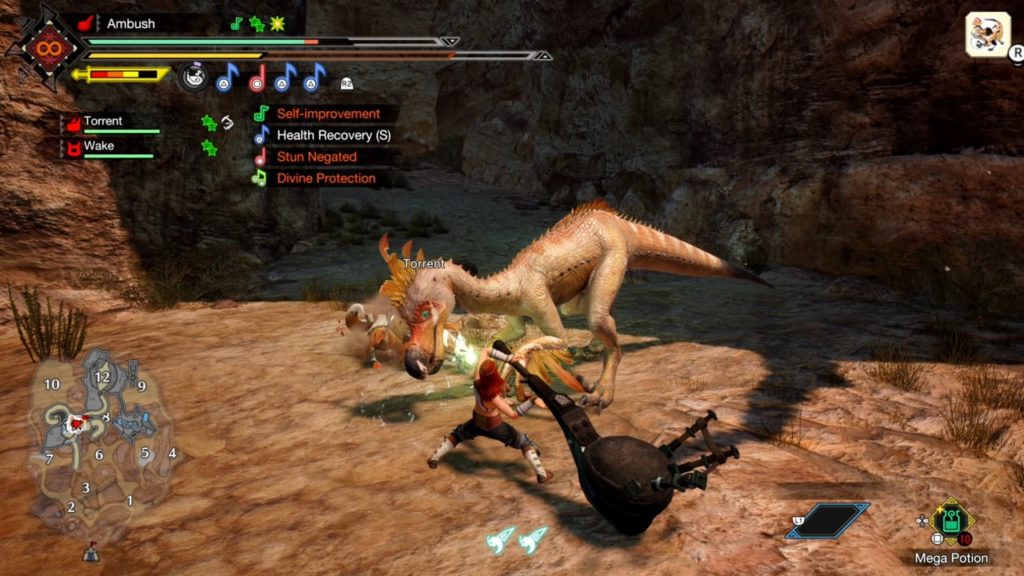 While you can choose to hunt alone, most of the time you’ll set out alongside two buddies. Your Palico is a smart feline companion who will fight alongside you and buff you, while your Palamute is a large hound that you can ride around on and will come to your aid in a fight. Both are custom created by the player, and you even name them and outfit them with their own armour and weapons.

Although the entire game is doable as a solo player, it’s often more fun to team up with friends or strangers in the Gathering Hub and take on tougher multiplayer quests. You will have to share the money earned for each hunt, but that’s really the only downside.

One thing the PS5 version in particular brings to Rise is the DualSense 5’s haptic feedback. While it’s not as strong in some games, it does add to the overall experience. You’ll find it most noticable as a Bow, Bowgun, or Gunlance user, as the adaptive triggers react to your ammo situation. But any weapon class benefits, as you feel the rumble of combat or the buzz of a charge attack through your palms.

It’s hard to really criticise this version of Monster Hunter Rise other than to say it’s a shame we have to wait for the Sunbreak expansion. While there are great monsters to hunt in the base game, the endgame portion is vastly inferior to Sunbreak, seeing you head into Rampage missions over and over to combine traditional hunting with tiresome tower defence mechanics. It’s quite a spectacle the first few times, but once it’s all you have to earn the rarer materials and skills, it becomes a little boring.

That said, the Sunbreak content is definitely heading our way soon, and so we can’t complain too much. Monster Hunter Rise on PS5 is still a fantastic experience – especially for newcomers or fans of World who, until now, have been unable to get stuck into Rise. Whether it’s the best Monster Hunter to date is a subject of fierce debate, but either way it’s still a fantastic entry to the series and a solid jumping-off point for new players.

No Sunbreak expansion. Yet.

Monster Hunter Rise on PS5 is a fantastic experience - especially for newcomers or fans who have been unable to get stuck in until now.