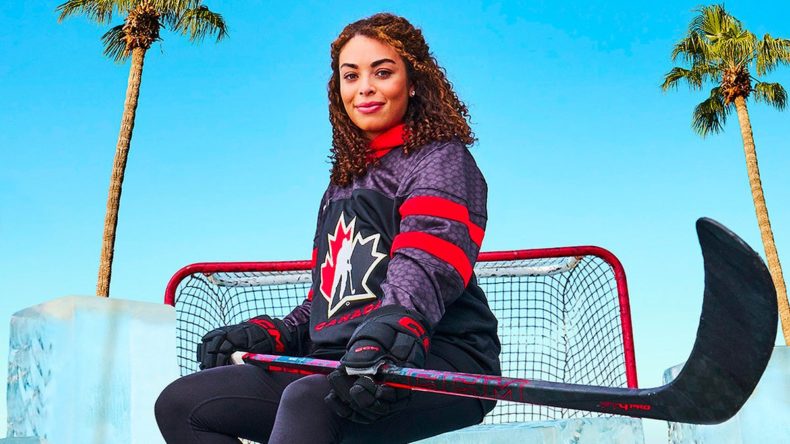 To call last year’s entry underwhelming would be an understatement. It saw the implementation of the Frostbite, but with those baby steps in place, it wasn’t harnessing the advantages of EA’s flagship engine as well as it could. NHL 23 is far from the infancy it was in 2021’s release, now making full use of the engine and bringing a solid experience with improved visuals, tighter control on the puck, and easily the most authentic ice hockey entry to date. EA Vancouver has built a game that fans of the sport are going to thoroughly enjoy, making up for the lacklustre title players have spent time with over the last year.

The actual games are intense, with visuals that make full use of the technology on offer. The ice is covered in scratches and scuff marks from the action taking place on top of it, with the lighting glaring down from above to highlight how detailed everything is. Player animations are much improved, as are the venues themselves, and with a more active crowd cheering you on and becoming a much needed factor in your journey to victory. They’ll roar as you approach the final moments, cheering you on and counting down the final seconds.

The fans will react to your performance, and it’s more noticeable than it has been before. The commentary is also strong this year, making games as close to the real thing as they’ve ever felt. The variety of animations when scoring, fighting, or even during the opening moments of a game have all been built upon, heightening the immersion and dropping you in the heart of the action through all these small yet important changes. Like any sports game, though, if the act of playing isn’t great, then all these changes are for nothing. Thankfully, a multitude of improvements have made gameplay a wonderful experience. 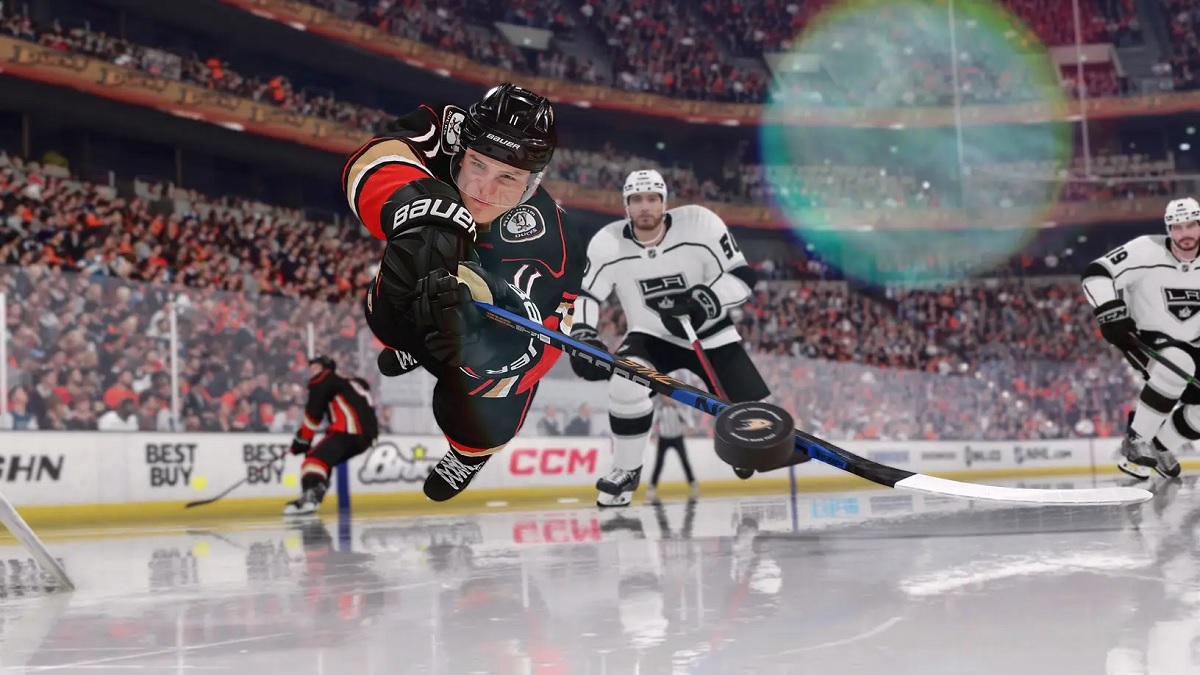 Most players, whether familiar with ice hockey or not, can jump into NHL 23 and get something out of it. It’s simple to pick up and play, but learning the nuances of movement up the ice, power plays, and shooting will take a bit of time. AI has been vastly improved across the board. Fellow players get into space and pay close attention to the positioning of the puck. The goalies have been vastly improved to react quicker to shots, which is both a blessing and a curse depending on whether you’re attempting to score or defending the puck. They’ll react quicker in desperation, leading to some thrilling moments for the highlight reel.

EA Vancouver has added something known as ‘last chance puck movements.’ While these aren’t always something you’ll encounter, their addition is noticeable, especially when there’s a fumble or an opportunity that would have been missed in previous entries. Fundamentally, these animations allow you to hit the puck when it’s loose, giving you a chance to pass or shoot from out of nowhere, removing the frustration of losing out on an opportunity to make a play due to the limitations within the animations of play. By double tapping R2/RT, you can make unique passes and shots that would have been unavailable before. It’s another example of how the developers are trying to add more realism and immersion to the gameplay elements, and it works really well.

Franchise Mode has been the stalwart of the series, and now you can customise it however you want. Only want a handful of teams and fewer matches in a season? Do you want to remove the salary cap? How about altering the divisions across the NHL? Now you can, and it makes for a quicker route to the Stanley Cup. Many players will stick to the full and authentic season approach, but these customisable options are great if you don’t want to stick to the regular rules and regulations normally found in the series. 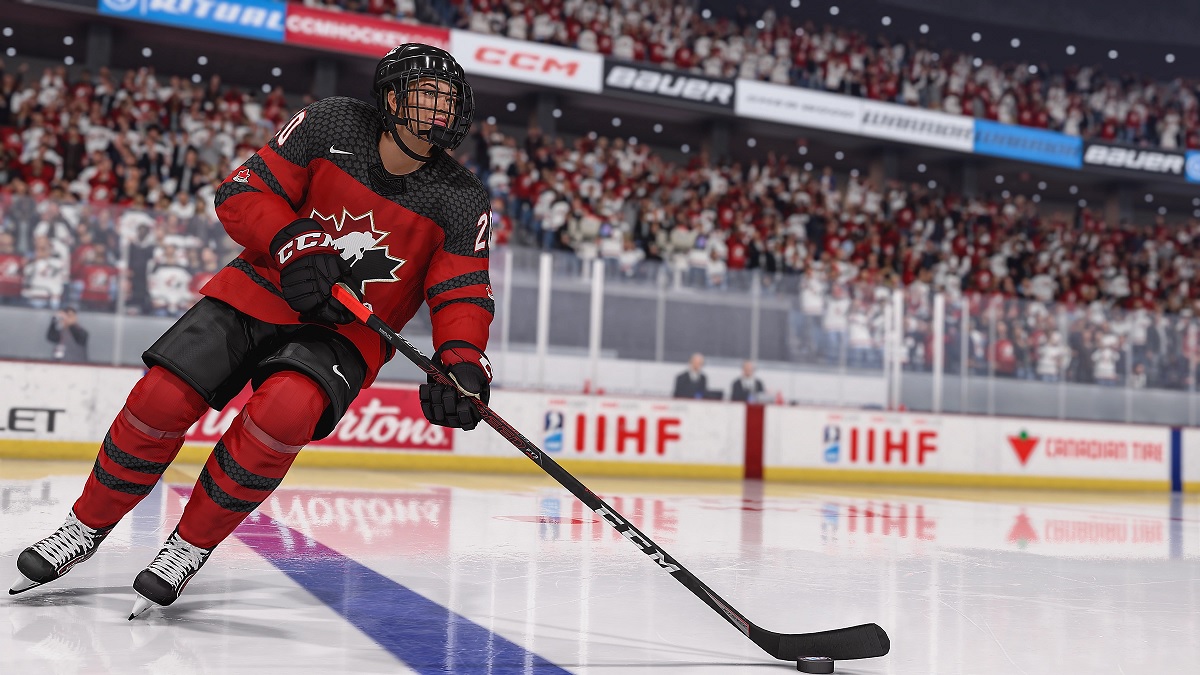 Another big addition this year is having the best women in the world of ice hockey a part of NHL 23. Including the cover star and Canadian national Sarah Nurse, a whole host of females from the international team feature in HUT. You can now have mixed men and women’s team within the Ultimate Team mode. It’s a big step for the series, and makes those fans who enjoy women’s ice hockey realise their dreams of having the likes of Marie-Philip Poulin, Kendall Coyne Schofield, and Hilary Knight play an important role in their team during HUT matches.

NHL 23 is a significant improvement from last year’s entry into EA Sports’ ice hockey series. The improvements to gameplay with the inclusion of last chance puck movements and enhanced AI feels much better than it ever has before. Simple changes like goalies reacting quicker and general movement on the ice feeling more fluid help to make gameplay the best it’s been in years. Implementing women into HUT is a much needed feature and it’s great we’ve finally see it happen. With real-time crowd reactions, atmospherically enhanced lighting shows and celebrations being fine-tuned and built upon, and a general polish to every facet of the game make’s this year’s title a must play for fans of the sport.

NHL 23 is a vast improvement from last year's entry, featuring better control on the ice, the inclusion of women in HUT, and so much more.