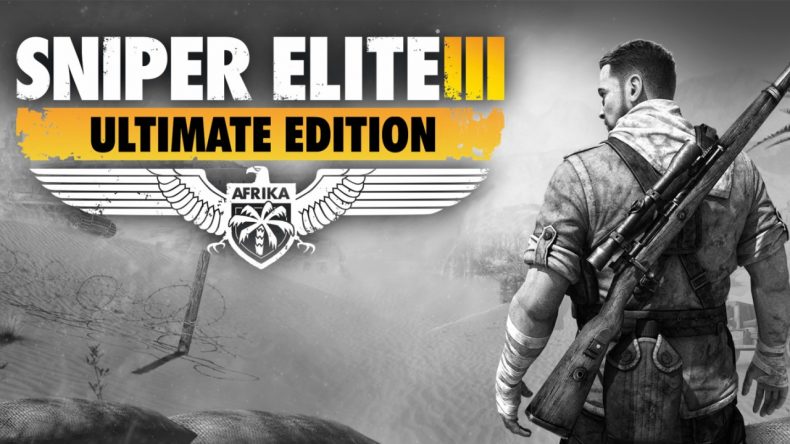 When Sniper Elite V2 was ported to the Switch earlier this year I wondered long and hard why it was worth the time and effort. While a perfectly competent sniper sim, V2 was a particularly bland and uneven title that stumbled and fell any time you weren’t belly-down with a rifle under your chin. I also wondered why Rebellion hadn’t opted to go straight for Sniper Elite 3. Turns out that maybe V2 was a just an appetiser, maybe even a field test to gauge interest.

Either way, 3 is finally on the Switch and, just as when it was originally released, the step up in quality from V2 is impressive. I’m continuously surprised by just how many games really are a fit for the Switch, and Sniper Elite 3 is no exception. I had no idea that blowing Nazi brains out in super slow motion while on the khazi would be so much fun. And yes, you could do that in V2, but beige streets and dull grey textures are no match for the searing heat of the African desert. The change of scenery is probably the biggest improvement in SE3, moving away from the gloominess that dominated the first two entries and instead taking place on the sun-scorched battlegrounds of WW2’s Africa campaign. The bright environments aren’t just better looking, there’s also something unsettling about playing stealth sections in burning sunshine. That said, the AI isn’t exactly dialled up to eleven. Enemies will react to your noise but will often ignore dead bodies, and will forget the sight of a heavily armed sniper charging at them if you get into cover within a few seconds. And their stupidity only fuels your bloodlust.

Returning protagonist Karl Fairburne, who they keep bringing back despite his undeniable forgettable-ness, has a few more tricks up his sleeve now, including some nasty stealth kills, a variety of close quarters takedowns and the ability to use cover properly in gunfights. You can take an impressive variety of weapons and gear into each mission with the option to unlock more, including claymore mines, sticky grenades, tripwires and a nice selection of guns. You can even customise your sniper rifles with various mods for efficiency and deadliness.

Of course all this variety and environmental improvement would count for nothing if the sniping wasn’t absolutely sublime. While the 3rd person shooting is still a little clunky and unwieldy, the sniping has lost none of its appeal. Climbing up a crow’s nest for a bit of binocular Recon, spotting and marking targets and points of interest, before hunkering down and cracking out the long-barrel is incredibly satisfying, and when you actually start shooting, lining up your trajectory guide before holding your breath and squeezing the trigger… there aren’t many things in gaming more immediately cathartic. Every slow motion, high-detail X-ray kill looks cool and they never get old – especially as you now earn bonus XP for hitting organs or using the environment. Outside the campaign there’s a variety of modes including a sniper fight PvP, a two on two mode where one of you plays the spotter, and a challenge mode to really test your skills. You can even just replay the campaign with a different difficulty if you want to, removing all the aides and hints. Or you can create a custom difficulty to tailor the challenge to suit you.

Sniper Elite 3 looks lovely on the Switch, and there are very few drops in frame rate even in handheld mode. It actually looks a little worse when docked, though it does run a little smoother.

Overall it’s a very good port of a great game in a series that genuinely gets better with every iteration. The AI isn’t overly competent, but it’s not bad enough to let down the rest of the package, and Sniper Elite 3 remains one of the best snipers sims of this generation.

Thanks to a series that genuinely gets better with every iteration, Sniper Elite 3 remains one of the best snipers sims of this generation