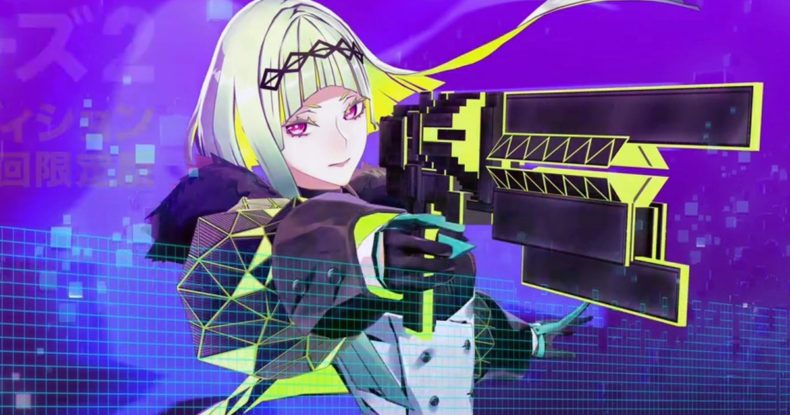 Like any good little RPG boy, I get very excited when I hear that there’s a new Atlus game coming out. I’ve been playing Shin Megami Tensei games for decades now, and their style and often punishing difficulty just keeps me coming back for more. When Soul Hackers 2 was announced I was excited to get stuck into the neon cyberpunk world and summon some demons, and summon I have.

Our hero Ringo and her “sister” Figue are agents of Aion. Aion is a sort of sentient digital hive mind made up of humanities’ data, and using its powers it has realised that the earth doesn’t have long left. So it created Ringo and Figue to try and prevent the apocalypse, which as you can probably imagine isn’t the most simple of tasks.

From what the duo can tell, two factions of Devil Summoners (people who summon the demons that exist in every Shin Megami Tensei game) are the cause of the problem and they head off to investigate. It doesn’t take long for Ringo to discover one of her main leads dead on the floor, so she decides to use her most advanced power – the titular Soul Hack.

Soul Hacking essentially involves projecting into a recently deceased person and reviving their soul so you can ask them questions or otherwise recruit them to your course. Before long Ringo gathers a full party of dead buddies to join her on her quest, and help her take down the various baddies of Soul Hackers 2. 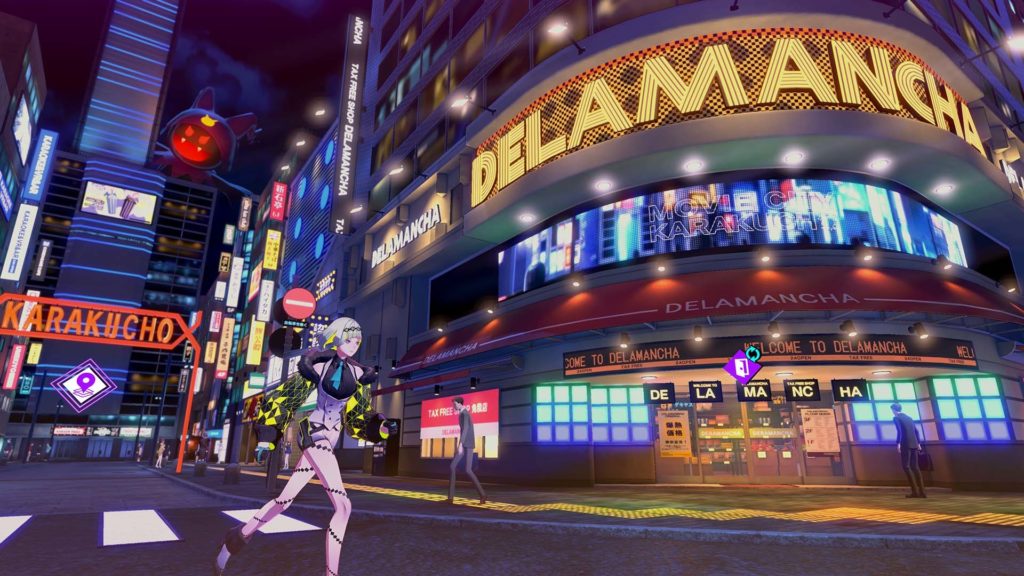 If you’ve played any of the Shin Megami Tensei games before, you’ll be rather familiar with how combat works in Soul Hackers 2. Each of your characters have access to a range of skills based on the demon they have equipped, and it’s up to you to pick the ability that takes advantage of the enemy weaknesses and enables you to unleash powerful Sabbath attacks.

Unlike, say, the Persona series, Soul Hackers doesn’t give you extra turns when you hit an enemy weak spot. Instead it adds a counter to your Sabbath meter. At the end of your team’s turn Ringo will then summon all the demons that hit a weak point to do massive damage to all enemies. For the most part this is how you’ll win battles, especially because it doesn’t cost MP to use the Sabbath attack.

As you progress further into Soul Hackers 2 though, you’ll realise that hitting a standard Bufu attack on the right enemy just doesn’t cut it and tactics are required for victory. There are all sorts of status effects, buffs and nerfs that you demons can learn as they level up, and utilising them effectively is essential when you get into one of the game’s tougher fights. The best moments of Soul Hackers 2 are when your back is against the wall against a massive boss, and by using all the right abilities in tandem you scrape through by the skin of your teeth.

Before long your initial demons will become outclassed, and you’ll need to grab some new ones. This can be done by beating up enough of a particular demon to have them pop up in the dungeons looking to join you, or by fusing together demons you currently possess to create higher level monsters. 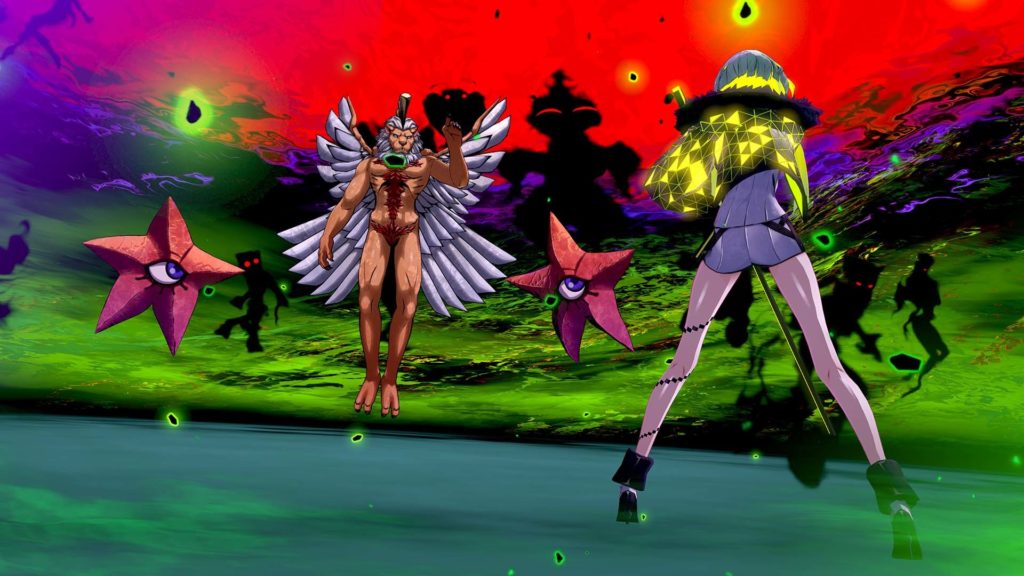 Fusing two demons will enable you to combine their skills into one powerful new buddy, but with only limited slots for abilities you’ll have to really think about which are worth keeping. Figuring out which monsters to fuse and which you should level up first for new powers is a constant balancing act, and one that’s really rewarding when you finally have a Pyro Jack with all the best abilities by your side.

When you finally have the right demons it’s time to head out into a dungeon and start saving the world. Most of the time these dungeons will be inside the Soul Matrix, a weird floaty cube dungeon that takes place inside the soul of one of your allies. By making sure you get on with the ally in question you’ll be able to dive deeper into their minds, and will learn more about them as well as unlocking new abilities for them. This is great from a narrative perspective, but in terms of level design the Soul Matrix is miserable.

The Soul Matrix always looks exactly the same, with its mysterious void background and plenty of floating cube pathways to walk on. This would be fine if you didn’t have to spend dozens of hours wandering around them, but it often feels like you’re doing nothing else. Coupled with the same side quests of collecting specific items and killing a certain number of a particular demon, it’s just tedious.

It also doesn’t help that the amount of enemies you encounter is outrageous. Now fortunately you can avoid fights by swinging your sword at the shadowy figures that represent them in the overworld, but even that gets tiring when they pop up every couple of seconds. 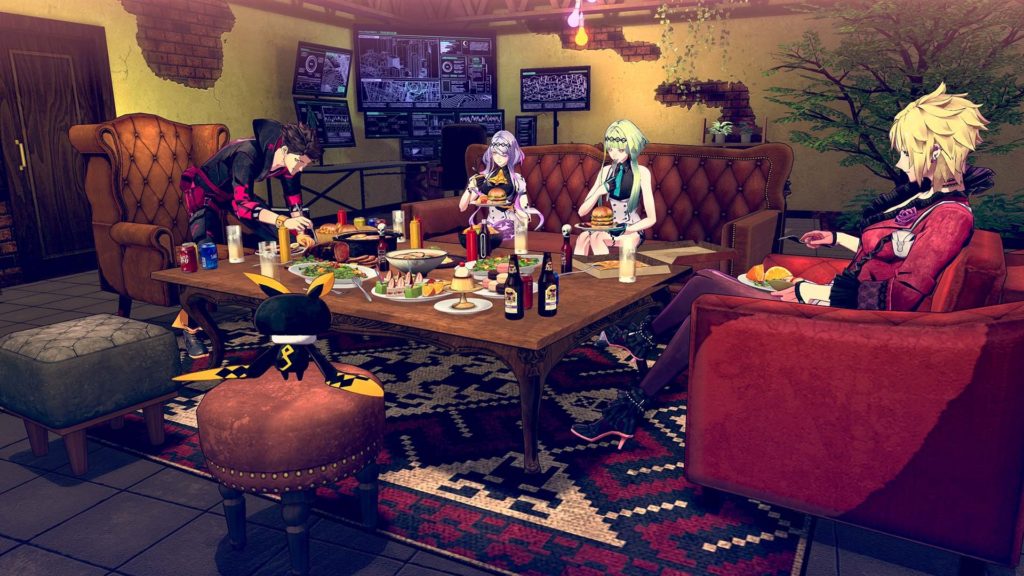 I wish the only problem areas of Soul Hackers 2 were the Matrix dungeons, but a lot of the other areas you’re tasked with exploring are dull too. Spending multiple hours walking through identical subway tunnels just isn’t my idea of fun, and when the city areas with shops and restaurants have that beautiful cyberpunk aesthetic it just makes them feel all the more depressing.

There’s at least a lot to do in the city though, with side quests to accept, gear to upgrade and a bar where you can meet up with your buddies to raise their soul level (think social links in Persona, but they’re mainly used to unlock doors in cube world).

It might seem like I’ve been a bit harsh on Soul Hackers 2, but it really does do a lot right. The story is engaging, and learning more about each of your allies (from the consistently aggressive Milady to the wise cracking Saizo) is fantastic. The game looks spectacular too, and it’s great to finally get a Shin Megami Tensei game optimised for this generation of consoles.

Soul Hackers 2 is a decent entry in the Shin Megami Tensei franchise, but it has a few too many problems to recommend to anyone who hasn’t jumped into the series before. The story and characters are great, but when you’re stuck in a bland environment fighting the same enemies over and over again you might just end up wishing you were playing something else.

Soul Hackers 2 has great combat and a story worth checking out, but the repetitive environments and constant barrage of enemies make the experience less than stellar.