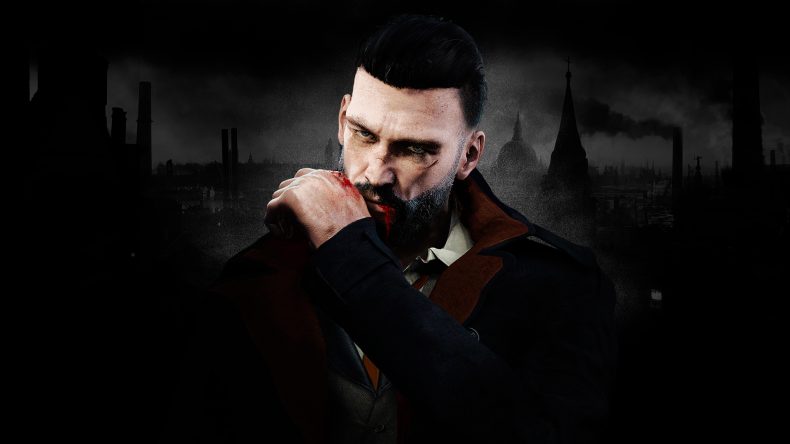 Switch Re:port covers the Nintendo Switch port/version of a game newly released on the platform. Originally released on PS4, Xbox One, and PC and scored 7/10 on PS4.

I like Vampyr. I liked it when it was released earlier in the year on PC, PS4 and Xbox One. The story of Dr. Jonathan Reid, blood transfusion pioneer and, ironically, newborn vampire (I mean, technically speaking he’s still transfusing blood, isn’t he?), Vampyr is a tale of good and evil and human morality for which DONTNOD probably deserved more credit.

It’s a mix of third person combat, a bit of stealth, and investigation. Taking up residence at Pembroke Hospital in London, Reid’s primary goal throughout is to find the beast who turned him and understand why. Having taken the life of someone close to him early on, he’s feeling guilt-ridden over what he’s done and terrified of what he might become.

Playing as Reid you’re given full control over his actions and dialogue, with well-written questions and responses designed to steer yoi into certain moral cul-de-sacs just to see how ruthless you’ll be to get out. Murder is possible in Vampyr, as you speak to the various citizens of 19th Century London and are ultimately able to choose their fate. Of course, its more complicated than simply opting to eat some unlucky sod because you feel like it. Each character has a backstory and relationships with the others that you can investigate, manipulate and use to your advantage. But each death affects the well-being of a district, and so every time you sink your teeth into someone, there’s a chance the game will become harder to complete. As you kill, the Guard of Priwen, a brotherhood of vampire slayers, will grow in number while the bigger vampires and beasties who will happily kill you, too, will become bolder. Citizens you had a rapport with will suddenly be dour and silent. Juggling your relationship with each NPC and keeping tabs on the mini missions they send you on is half the game, while the other half is a more than competent action game with RPG elements weaved in. Combat isn’t bad, though its not as precise as it could be, but luckily you can murder literally scores of Priwen in the space of a night and not affect the world even a jot.

You’ll earn XP towards unlocking stat increases and special vampire skills, while you have a Dishonored-style teleport jump to reach high ledges and, later, perform combat dodges. It’s nothing revolutionary, but the way Vampyr mixes the fast-paced combat and action with the much more measured and sedate investigation gameplay, including dealing with issues that arise at Pembroke, is impressive.

The harder you look, the more cracks you’ll see, but on the surface at least DONTNOD’s nocturnal adventure is a solid offering with a great atmosphere and some very decent writing. The graphics, unsurprisingly, have been dialled back to a level similar to Frogware’s The Sinking City, muddying textures and shaving away layers of detail and lighting wizardry to wrangle the frame rate under control, and they’ve largely done a good job. It looks far better on the small screen than a monitor or TV, but the frame rate holds steady for the most part, only really dipping during frantic fights.

Vampyr is a surprising addition to the Switch’s catalogue of ports, but it’s also a welcome one. There’s a lot to like here despite some slightly lacklustre combat, and it’s a decent-sized adventure to sink your teeth into, if you’ll pardon the pun. If you missed Vampyr on the other consoles, it’s worth checking out on Nintendo Switch for those who prize story above bombast and like a good investigation to get stuck into.

There's a lot to like about Vampyr, despite some slightly lacklustre combat, and it's a decent-sized adventure to sink your teeth into