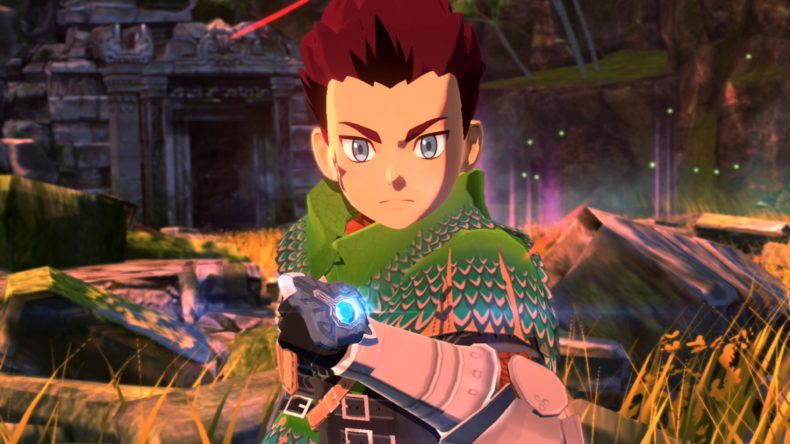 Although the mainline Monster Hunter franchise is considered a pretty hardcore investment of time and patience, Monster Hunter Stories 2: Wings of Ruin is a much more laidback experience. The onus is on exploration, and the turn-based combat and crafting are much more forgiving and accessible overall than their counterparts in the main series. But it can still be tough. There are lots of systems at work, and a lot of content to work through. In addition to our more focused guides, we’ve put together these Monster Hunter Stories 2 beginner’s tips to help you get started. 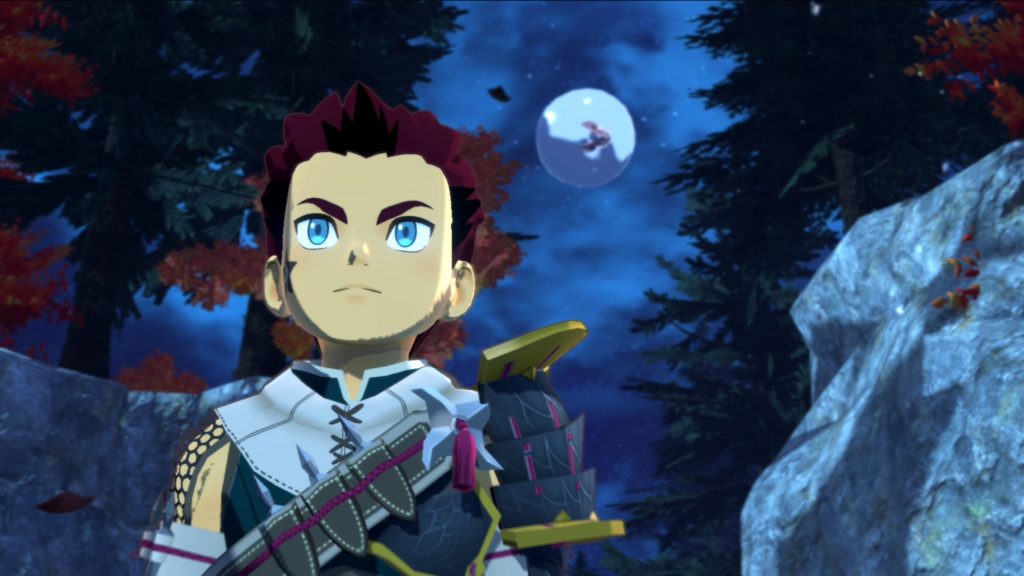 1. Vary the Monsties in your party

While exploring the world you’ll come across a number of obstacles and environmental roadblocks. No matter what the issue, there’ll be a monstie that can overcome it. From swimming to breaking rocks, diving in lava, or jumping across gaps, you’ll eventually be able to get around everything. With only 5 optional slots in your Monstie party, you won’t be able to cover all the bases, but our advice is to try to be prepared.

Rock-breaking, jumping, ivy-climbing and swimming seem to be the most commonly required, but if you want to find all the hidden item chests you will need as many options as you can get. Try to take a spread with you that cover most of the bases, and don’t be afraid to fast travel to the nearest town and swap some out now and then if you need to.

Speaking of chests, they come in three colours in wings of Ruin. Red contain bottle caps to trade with the Melynx in town, brown contain support items such as potions, but the blue ones are the important ones. These often contain rare items like charms, as well as occasional unique weapons and gear. Don’t pass up a blue chest if you can help it. 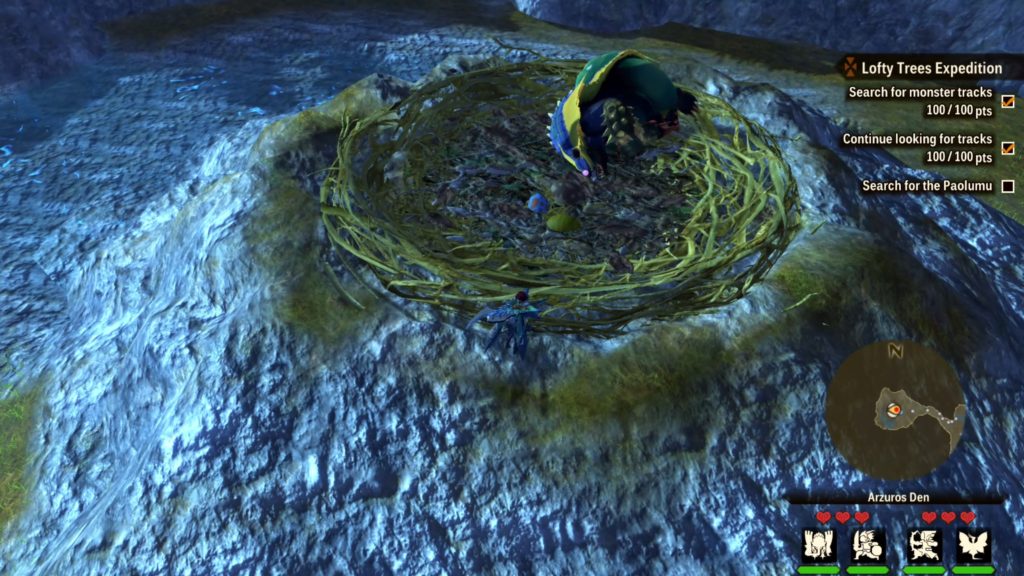 3. Use paintballs to scare monsters away

Hitting an enemy with a paintball mid-fight will increase the chances of it bolting. A fleeing monster will go directly to nearby nest, marked in green on the map. If you follow it, you’ll find it sleeping on its eggs. Now you can sneak up and steal them. Beware though, when Navirou tells you the eggs are gone the monster will wake up and chase you. You must win the fight to keep the egg you stole.

Beware, some monsters later in the game are immune to paintball and won’t runaway no matter what you throw at them.

4. Look for the shining eggs

When you do come to raiding a nest, pay attention to what Navirou is saying. Smelly, heavy eggs are the best – especially if they’re glowing. Sometimes you’ll have no choice but to take the first one, but if you can wait for the shiny one you’re better off. Monsters born here may be rarer, and may have improved stats right away. 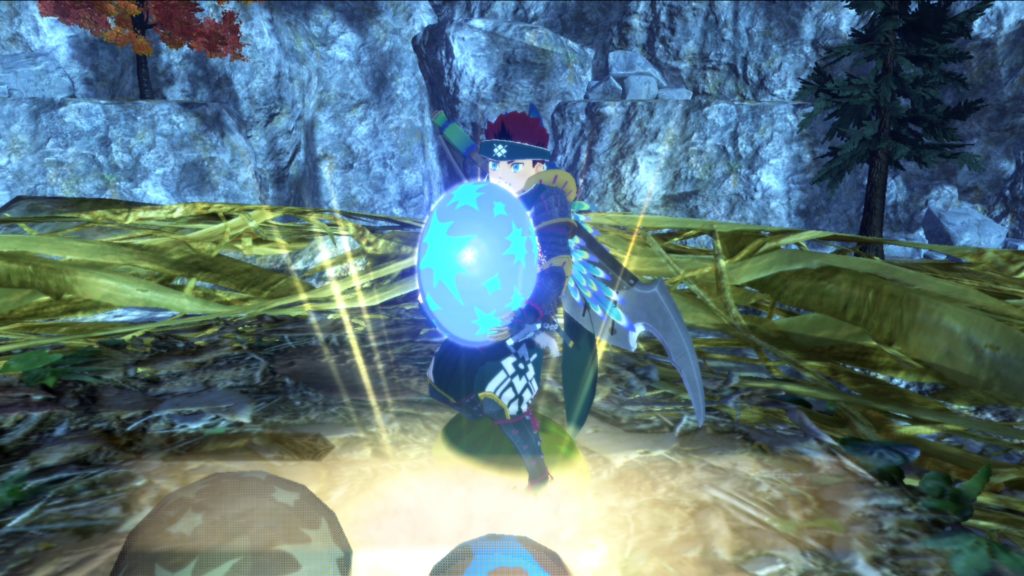 5. Get to know your enemy

Combat in MHST2 is a complex beast. There are weapon types and special skills and elements and status build-ups and a host of items to consider. But you’ll find it a lot easier to win fights if you learn to read the enemy and find out what type of attack they’re likely to use from Speed, Power, and Technical – which cancel each other out in that order.

The rock-paper-scissors system is more than just a fun mechanic. Often you can tell just by looking if a monster is going to be speed or power focused and plan an effective counter. Sometimes though, it’s tougher, especially if they’re enraged. There’s no cast-iron way to tell initially, but you can bait the monster into giving it away if you’re clever. Use an item or buff on the first move and the monster will often launch a basic attack, revealing whether it’s focused on Speed, Power, or Technical.

This is simple but important. Some of your buddies can and will use curative and healing moves. It will reveal this when they select their action. Keep an eye on it, because if you use a potion when they do on an ally that doesn’t need it, you’ll just waste a turn. 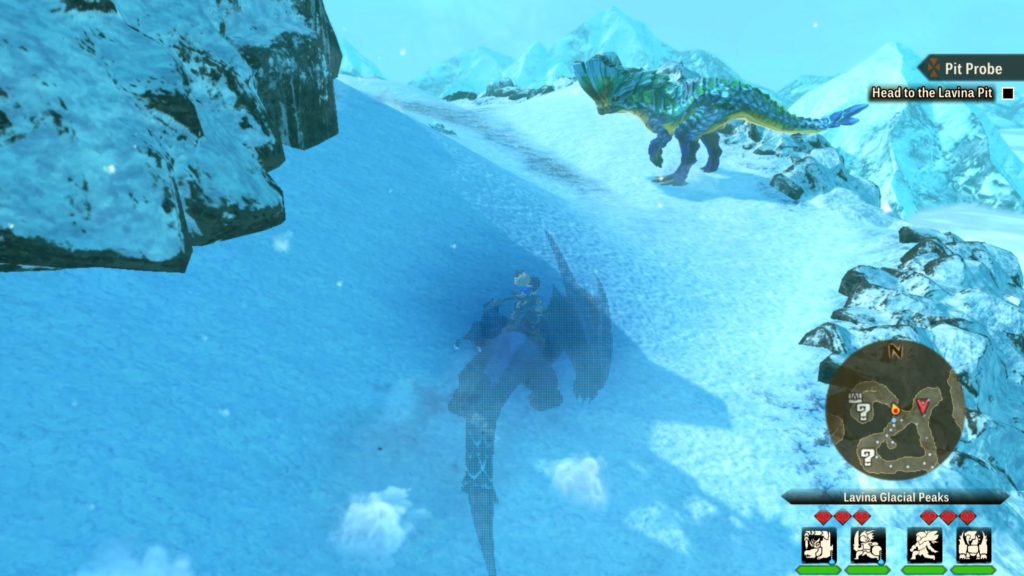 7. Stealth is your friend

You should be able to get yourself a Nargacuga early on. While these are terrifying predators in the Monster Hunter universe, they’re alps super useful in Stories 2. Their skill is Stealth, allowing them to turn invisible at any time and walk right past other monsters.

If you’re in a hurry, low on hearts or just trying to farm without being bothered at all. The downside is that you’ll have to sacrifice a traversal skill such as ivy climbing or jumping to make room for the Narga.

8. Don’t spend all your bottle caps on gear

Clearing out Everdens is the best and most effective way of earning Bottle Caps, which you then take to the Melynx into town. For the early game the armour and weapons sold here are a great way to boost your stats early on, but soon enough you’ll find you can craft everything they sell from monster parts.

Instead, use your bottle caps on skill books, Talismans, permanent buffs, cosmetics if you like, and rare items. 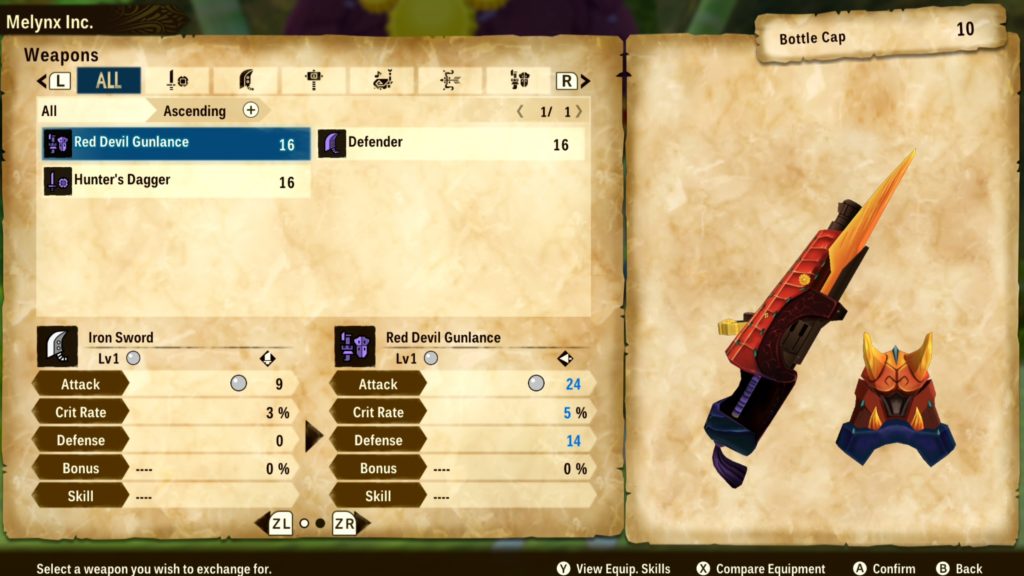 Speaking of which, if you want to learn new skills and recipes, hit up the side quests on the board in town. Most quests can be tracked and will tell you which Catavan stand you need to travel to.

The majority involve defeating a certain number of small monsters, or collecting reagents in the world. There are some great skills available, and some of the recipes (like Vital Essence and Lifepowerder) are essential for the later game.

10. Use the Rite of Channeling

If you head to the stables in any town you’ll be able to select the “Rite of Channeling”. This essentially sacrifices one Monstie to transfer some of its genes to another. In other words, you can take a skill like, say, Wretched Water from a Zamtrios and pass it to a Nargacuga. You can also add intrinsic skills such as increased HP or defence. Transfering genes of the same type (power, speed, or technical) can increase the potency of the attached skill. It’s well worth experimenting with.

We hope you found our Monster Hunter Stories 2 beginner’s tips useful. Check out some of our other guides for more helpful pointers.

Senior Content Editor Mick has been playing games for over 30 years and writing about them for around 12. After drifting from site to site for a while, settling briefly at the now-defunct Made2Game and freelancing for the gone-but-not-forgotten NintendoGamer Magazine, he came at last to rest at Godisageek. Mick has been a reviewer, staff writer and content editor here for some time, while also moonlighting a little for Red Bull Games. He has 4 kids, has written 2 novels, and sometimes even manages to pay a bill or two. You'll usually find him defending the galaxy in Destiny 2, battling evil in Diablo 3, or lurking in the background on Twitter. Find him there @Jedi_Beats_Tank, or on XBL (JediWaster247), PSN (Jedi_Waster) or Nintendo (JediWaster).
MORE LIKE THIS
CapcomGuideHintsMonster Hunter Stories 2: Wings of Ruin